All is right in the world again!

Just when I thought the polar caps in the Midwest were permanent.  Just when the temps were dipping, instead of sky-rocketing.  And just when I was about to go mano-a-mano with P.Phil in a Texas Chain Saw Match for his irresponsible viewing of his shadow b/s ... hope once again springs eternal!

Spring Training began this week, and long before I was a runnin' fool, I was a baseball geek! Here's a for instance.  We've got Red Sox tickets while we're in Boston this April, and I am probably more excited about seeing Fenway Park for the first time, than I am about running the marathon!  That's just how I roll! 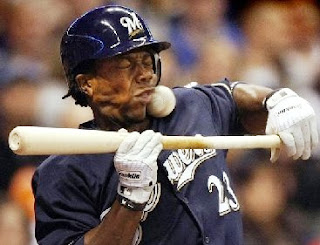 But if you stack baseball and endurance sports side-by-side, there are a few obvious similarities you probably never thought about (at least for the purpose of this post)...

Players score in baseball by tallying a RUN, but sometimes if you're exhausted in a race, you have to take an INTENTIONAL WALK.    When a runner hustles down the line and is safe on a close play at first base, they say "He legged one out!"   And when chasing down long fly-balls, outfielders often HIT THE WALL.   Lou Gehrig and Cal Ripken Jr. are both know as "Ironman".   Not to mention peanuts & Crackerjacks are great protein & carb race fuel.  And the 162 game baseball season is a MARATHON, not a sprint. (but unfortunately my Kansas City Royals would suck at a marathon too.) 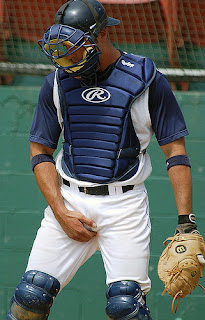 See, they fit each other like a glove!  No?  Okay, so they're not that much alike at all.  (Not one of my better efforts, I know) I thought this would be a really good idea for a post.  But when I read them to Michael over the phone last night, first there were crickets ... and then "Umm ... you're no David Letterman."  Thanks hun.
But not even the critical editing eye of my lovely wife can cast gloom on my renewed spirit!  In fact to honor our National Pastime, I might run this weekend's race with a protective cup & catcher's mask.  Because baseball is back my good men and women, and once again ... all is right in the world!
... be great today!

Email ThisBlogThis!Share to TwitterShare to FacebookShare to Pinterest
Labels: baseball