Well, here's the first half of the responses to y'alls questions!  Unfortunately in writing this, I realized I'm even more uninteresting than I originally thought!  Enjoy ...

Christi of Pedestrian Runner asks ...
Q: Are you a KC Chiefs fan?
A: Of course!!! But more of a Royals fan!!

cql of Livin' a Little Life asks ...
Q: Have you thought about your Vermont marathon?
A:  Probably 2013 ... which one do you recommend?


Jeff of Detroit Runner asks ...
Q: How's the heat down there?

A:
Caroline of Canadian runner in exile asks ...
Q: Will the California marathon be in the south? with that guy from San Diego..the one with whom you have a bromance with and thinks he is all that..hmm I mean manly..cannot remember his name...?
A: We actually had San Francisco scheduled for this year, but cancelled to run Boston.  I would still like to do it, but running one with THE Manly Runner would be pretty cool! 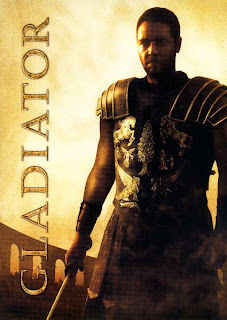 Q: Favorite sports moment?
A:  Royals winning our only World Series Championship in 1985!  (We beat the Cardinals "fair & square!")
Q: Have you visited other countries?
A:  Mexico & Kansas
Q: Why can't you accept that your wife is always right?
A:  Just like every other married man in the world, I am forced to hear it, be reminded of it, breath it, bow to it, honor it, and live it every second of  my life ... but I will NEVVVVVVVVER accept it!  Never I tell you!
Q: Who would you like to meet?
A:  Tom Brady. But if I was single, probably Kim Kardashian ... I have no doubt she would really dig a thinning-haired, freckle-faced, Richie Cunningham-looking dork!


Char of My Life's A Marathon asks...
Q: Where did your tag line "be great today" come from?
A:  While I was training for the Top of Utah Marathon last year, I reached a point where I had ran several mediocre marathons (by the standards I had set for myself).  I knew I had more in me, but had never achieved "personal greatness" in a marathon.  At that time there was also someone close to me going through a really tough time in their life.  I had a lunch scheduled with this person and I wanted to leave them with something that they would remember.  I started thinking "Find your greatness", "Be who you were meant to be", "This is your day", ... "Be great today!" ... and it just stuck.  I began saying it to myself when my training got really tough, or when I wanted to quit during a workout.  And during the Top of Utah Marathon, when I started getting a little winded toward the end, I started repeating it over and over and over.  I BQ'd for the first time in that race.

I really believe that everyone of has "greatness" inside them.  Whether it's being a great parent, great friend, great worker, great athlete, whatever!  Greatness is relative ... but pursuing it daily can help us not only excel personally, but often influences and inspires those around us. 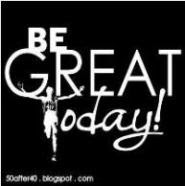 Nelly of Nelly on the run asks ...
Q: What sports did you play in high school?
A:  Football, Basketball, Baseball & Baseball in college

Q: What is your last marathon going to be if (more likely when) you make it to do all 50 states?
A:  I originally thought Maui, but I'll probably run that one before the end.  I'm not sure at this point - probably an East Coast State because those seem to be the toughest to get to for me.


Coy of First in Philly asks
Q: What happens when you complete 50 after 40??
A:  I'll probably receive a call from the President.  And I'm hoping Michael will make me a grilled-cheese or something.


Chris K of The Manly Runner & the originator of this little exercise asks ...
Q: When are you going to run either Badwater, Comrades, or Western States 100? Don't you think 26.2 is a little short for someone as studly as you?
A: I feel like I run through Death Valley "light" every morning ... I dunno, never say never I guess.  Gotta get a "regular ultra" under my belt first.  Going into every marathon I always think ... "playa please, this is ONLY 26 miles ... easy for you!!!"  But then by mile 20 I'm sucking wind.

Q: As a long time Royals fan, what is your recommendation that would allow small market teams to compete against the Yankees & Phillies of the world?
A: There has to be equality in baseball either with a salary cap, or improved revenue sharing.  Also, it would be great if all big-market cities were not eligible for the draft ... I mean whats the point, they end up getting the good players eventually anyway.

Q: If you were MLB Commissioner, would you abolish the DH? Make the NL add the DH? Or keep as-is?
A: DH ... I don't go to watch pitchers hit or managers manage.

Q: Don't you think you should ignore one of Caroline's questions?
A:  Oh I could never ignore anything Caroline says ... but it has to be in English or I won't understand it.


MegO of Watch MeGo Run asks ...
Q: What has been your favorite race so far and why?
A: Boston by far!  Simply all I imagined it would be!  But also the Livestrong Austin Marathon - great organization, great people, good course, plus I love Texas!  Also, it was the first marathon where I got to run some of it with a fellow blogger - Jon from 2Slow4Boston - which was really cool!

Q: Where do you think was the best place to race? (Most ideal weather, etc)
A:  The one I just did in Missoula, Montana is pretty tough to beat.  50 degrees in the middle of July ... plus mountains ... I mean c'mon!


Marcia of The Studly Runner asks ...
Q: What would you be doing if you weren't marathoning?
A:  Probably just working out with weights & playing a team sport like softball or something.  It's about all I did until I started running about 10 years ago.  Plus I would really like to trick a bear into doing something really stupid someday.


Lisa of Eat. Pray. Run. asks ...
Q: Since we live in the same town, where is your favorite local running spot/route (within the KC area)?
A:  I run mostly along Langsford and Chipman - but I think I've ran every square inch of this town at one time or another.  A good long run on Saturday takes me from my house (near Legacy Park), down Langsford to 291, by LS High School, all the way down 3rd Street over the hills to Longview Lake, then circle back by John Knox, by Summit Woods Crossing & Summit Fair, by LSN High School, by Walmart, then by Lake Jacomo and then home ... about 22 or 23 miles

Q: Did you run in high school? When did you really start getting serious about running?
A: I only started running about 10 years ago and only running marathons 2 1/2 years ago.  I wanted to run track in high school but I played baseball and you couldn't do both.

Email ThisBlogThis!Share to TwitterShare to FacebookShare to Pinterest
Labels: baseball, Q and A, royals