Much Too Young To Feel This Damn Mold


We take Jack for a 1-1/2 mile walk most days.  And of course, like every dog, he feels the need to "mark" every single plant, tree, fence post, etc. that we pass.  Last week, as we were waiting for Jack to "claim ownership" of a stop sign, we looked down and he was peeing on a full water bottle that had been placed on the ground by the sign.  As two endurance athletes, we naturally assumed that the bottle had been left by a runner for a mid-workout hydration stop ... and we were faced with a dilemma.  I mean our dog had just pee'd all over the bottle!!!  Should we remove the urine-stained bottle and leave the runner with no fluid at that stop, or just wipe it off as good as possible and "act like nothing had happened"?  We chose the latter.  Sorry mystery runner ... but your water might have tasted a little funny that day.  Our bad!

But this is why I use a Camelbak for almost every training run.  If I'm going 10 miles or more, which is probably 99.9% of my jaunts, I use the backpack.  I'm not sure I've found a better training tool since I started running.  It's just so great to have constant fluid with me for hydration on long runs.  Of course I look like an over-sized  Girl Scout on a camping outing as I trot along with my under-sized supply pouch!  But no one, or dog, can sabotage my drink ... right!

However, probably the most inconvenient thing about the Camelbak is keeping it clean.  Since I use mine pretty much every day, it's usually not a huge issue. I just empty it after a run, rinse it out a little, and then refill it in the morning.  I'm sure that's not the most sanitary way to treat it, but I figure that the mouth-piece only touches my lips, and it doesn't really hurt to have day old residue of the previous day's fluid in the rubber bladder.  I almost always use just water anyway ... ALMOST always.

On long weekend runs, I sometimes fill the Camelbak with Gatorade, and then make sure I really rinse it out well after the run.  Day old Gatorade is pretty sticky and just leaves a mess.  But this past week, after the second of two long runs, I was pretty spent.  I returned from the run, took off the backpack, and hung it up in the garage until the next run ... still with a little Gatorade left in the bottom.

I didn't run the next day, taking an extra day off on Monday.  On Tuesday morning when I grabbed the Camelbak to fill it for the day ... this is what I found ... black dot after black dot ... MOLD!!!  It was everywhere.  I was able to fit my hand inside the opening and clean out the bladder, but there was quite a bit still around the seal.  The tube was the worst!  I tried a couple of different methods, but there just wasn't anything small enough to force down through to remove the mold from the walls of the tube. 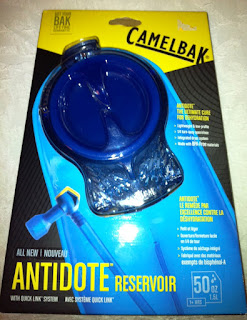 After about 20 minutes of trying to clean this dumb thing ... I decided to just buy a new one.  It cost  me about $30 at Scheels, which is RIDICULOUSLY HIGH!!!  $30 for a friggin' plastic bottle with a straw??? But whacha gonna do!

I probably could have found it cheaper online, but that would have taken a few days and I didn't think I could live without it for 4 or 5 runs, so I just bit the bullet and paid retail for it.  But basically my $50 Camelbak just turned into an $80 running accessory!  Hmmm?

I'm usually pretty good about keeping things neat and orderly, but this was a real reminder to WASH OUT YOUR FRIGGIN' CAMELBAK!!!  Mold kills!  Simply being lazy had cost me a few extra bucks, which is really stupid.  I mean, was I really that tired after a run that I could take a few extra minutes and wash the dumb thing out!  Lesson learned I guess.

And about this point,  you're asking yourself, did he really need waste all those words on a moldy water bottle post?  Probably not. But it WAS running related. But more importantly, it gave me an excuse to use my BEST blog title ever ... country music fans get it!  Garth lives!  Have a great weekend!
... be great today
Posted by Jim ... 50after40 at 5:49 AM 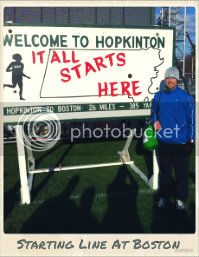