Trying To Get Speedy

I've got a fairly light marathon schedule in 2013 compared to recent years.  In fact, I'll probably try to add another race in the early fall or late summer, but those are always hard to find.  One of the reasons I toned down my long race schedule is to try to accomplish some shorter race goals.  Specifically, whittling a little off of my half-marathon time.  So in a few weeks, Michael and I will run in the One America 500 Festival Mini Marathon in Indianapolis, where hopefully I will do just that.

When I've been in shape in the past, I felt like I could throw down a low 1:30's in a half marathon without much trouble at all.  But the problem is this ... I'm in decent shape right now as far as endurance, but a winter's worth of ultra-marathon training at a slower than normal pace seems like it has really sapped my speed.   I just can't seem to get it going.

Granted, my legs are still a little wobbly from running 36.6 miles last weekend ... the furthest I've ever been. But besides that, they just don't seem to have the response I'm used to.  I wouldn't call it dead-legs ... I feel fine overall, but I just can't seem to produce the faster turnover I need for faster paces.  I'm sure this will improve as the ultra-marathon grows smaller in the rear-view, but right now I can't really imagine running 13.1 miles around the 7:00/pace ... and honestly, I want to go much faster than that.  So I've been taking the following steps to hopefully run a strong race on May 4th in Indy.

First ... I've started serious double workouts everyday.  I began a new "Primal Workout" routine that helps with overall fitness, and will hopefully help me shed about 10 pounds before race day.  And I've also increased my leg strengthening routine.  On the days I don't do one of these supplemental workouts, I'll run 3-4 miles of recovery in the evening.  Hopefully the added strength I can build in about 7 weeks will help. 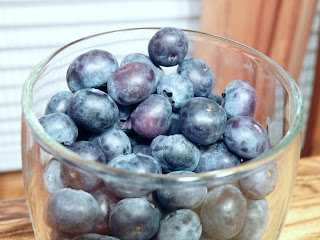 Second ... As with my marathon training last summer, I'll do both a Tempo and Speed workout in the middle of the week.  Probably, Tempo on Monday and then Speed work on Wednesday.  I will definitely shorten these workouts a little, but probably try to push the speed sessions to a faster pace than ever.  I would like to be around 5:45-5:50 for Yasso 800's, and about 6:00 for mile repeats.  The Tempo work I'll figure out later.

Third ... I'm eating really, really, really clean.  I know, I should be doing this all the time anyway, but it's the one area of fitness where I really struggle.  But since the race is in such short turnaround, I seem really focused right now and have been putting really healthy things into my body.

So I would, of course, welcome any advice from some of you little speedsters out there.  You know ... the Rachelle's, Gracie's, Jason's, Jon's, Beth's, Jill's, Nelly's and countless others ... and yes, even you Kara G. (you know who you are).  Can I shave off time in this limited training period?  Last fall before my Wichita Marathon failure, I logged a 13 mile workout with the middle 10 miles @ 6:40/avg pace.  In my notes I indicated that it wasn't really overly difficult, and I thought I could have held the speed for a few more miles, or even gone a little faster if necessary.  I would really love to get in that range again, but it seems like miles from where I am now.  Plus, I really don't have that much time to tune up.  So I guess I'll just give it a go and see what happens.  I really don't want a big build up to another race failure, so I'm taking this one in stride, but I really would like to PR on the nice, fast course.  However if I don't, that's probably okay too.  But not really.
... be great today!
Posted by Jim ... 50after40 at 7:10 PM