How I Got Faster at 44 Years Old

Most of us in the blog world are not experts.  However, I am.  Oh, not an expert of running, or training, or physical fitness ... no, not hardly.  But I am the leading expert on ME.  And over the past year I've learned more about my body and how it reacts to specific training than ever before.  I've also had a few email inquiries lately asking why, at 44 years of age, my race results keep getting faster.  So I thought I'd share a couple of things that have literally revolutionized my running.   Not as an authority on our sport ... simply as an authority on my body and the simple plan that worked better than anything else I've tried.

At times in 2013, I literally felt like the Benjamin Button of running.  Instead of a slower, aching, aging body, mine felt healthier and younger than ever.  I've never experienced the leg turn over like this past year, and my race results were evidence.   If you're new to this blog or clicked on this link for the first time ... here's a little about me.  I've been running some way or another for about 14 years but only started running marathons 4 years ago at age 40.  In that time I've ran 27 marathons including Boston, one ultra, and dozens of smaller races. I'm not exactly "new" to this.  But in 2013 I literally PR'd seven different times at age 44.  Now granted, a couple of those original personal bests were not quite as fast as they should have been ... but I dropped my marathon time from 3:20 to 3:10!  Ten minutes off of an already Boston Marathon qualifying time.  And frankly, I plan on taking another ten minutes off after my 45th birthday.

So here are the three main things I changed that literally melted minutes off of my 10K, half marathon, and marathon times.  ( I also want to knock out the 5K PR before I turn 45, but time's slippin' away on that one) I'm not an elite level runner by an stretch, nope, nowhere near that league.  But I definitely found the formula that has made racing more enjoyable, and faster for me than ever before.  Maybe some of these principles can help in your training too.

1. Completely Changed My Diet
I used to fall into the runner category of "I'll eat whatever I want because I'll run it off tomorrow".  And while this theory worked to some extent, I wasn't reaching my full potential by cramming pizza, donuts, and fatty foods down my throat to fuel runs.  So in 2013 I pretty much eliminated all added sugar and most wheat products.  The added sugar is obvious ... we just don't need it.  For the most part, added sugar goes unprocessed in our bodies and is stored as fat.  There's plenty of natural sugar in honey and fruit that we process much more easily.  It's the same thing for most wheat products.  I'm not completely gluten free, but I'm close.  The gluten contained in wheat is very difficult for us to process, and again, the unprocessed portion is converted to fat.  I cut my bread intake in 2013 by probably 90%, and cut my body fat considerably.

And speaking of body fat, the change in my diet helped drop a few extra pounds as well.  Okay, here comes the self deprecating portion of this post ... yes, I know I'm a basically a walking stick figure with a gaunt, wrinkled face, who probably doesn't need to lose anymore weight.   Obviously at 6'-2" & 180 lbs I was far from needing a professional weight loss plan.  But for most races this year I've been at 172-174.  And not carrying the additional pounds made a difference, but what really helped was the decrease in body fat.

Plus, I have had ZERO G.I. ISSUES DURING RACES!!!   Did you get that ... ZERO!!!  I literally never get have a panic attack looking for a port-a-pottie.  Because most of what I put into my body is now utilized as good fuel for running, and not just wasted calories that sit there like a rock when I'm trying to compete.  Changing my diet to a very clean runner combination of veggies, lean meats, and healing & anti-inflammatory foods has been a game changer.  I still struggle with keeping it completely clean from time to time.  Mostly after long runs I crave the bad stuff.  But I just try to focus on a variation of the old diet mantra ... "Nothing tastes as good as fast feels".

2. Ran Less Total Volume
For most of my marathon training I ran six days ... almost every week of the year.  In fact my last three yearly mileage totals were 2,500 in 2010 ... 3,000 in 2011 ... 3,000 in 2012.  Honestly, I took pride in the fact that I could out distance most folks, and loved just grinding to see how far I could push it.  But it was just too much, man!  I was really depleting my body.  So in 2013 I started taking Monday, as well as Friday off, only running five days per week.  I would still mix in an occasional cross-training or weight routine on those days, but for the most part, no running.

As a result, my legs felt fresher and had more life than ever.  And most of my little nagging injury/pains went away because I was giving my body more resting time to heal.  I don't remember a single time in 2013 standing at a starting line thinking, "Man, I'm exhausted ... I don't know if I can do this today!"  Unfortunately, that used to be a fairly common occurrence and I left a lot of good race times on the training floor.  My mileage will be a little down this year, but as a result my race times have also been down.  And running less overall volume is a big reason why. 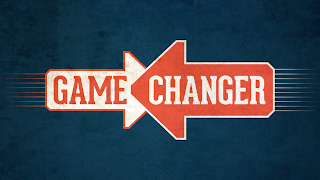 I listened to people tell me for years, "Your training pace is too fast" ... not true.  "Your Tempo Runs are too long" ... nope.  "Long runs are meant to be slow" ... not all of them.  I'm wrong about a lot of stuff ... just ask my wife.  But I'll "toot my own horn" on this one because this is something I'd known to be true all along.  Unfortunately though, I put way too much stock in what other people said, and didn't put this into practice as much as I should've.  I first started researching this method of training last year.  I read a lot about famous Italian running coach Renato Canova, and wrote a post about it here.  He's trained many world champion marathoners, and for years one of his foundations has been training at race specific paces.  I figured if it worked for a world champion coach and athletes, I would give it a try.

Most of us buy into the canned training plans that teach slow long runs at 30 seconds to a minute slower than race pace.  Or short Tempo Runs of only 6-7 miles at lactate threshold.  Let me ask you this ... you're telling me that running 20 miles, a minute below the pace I plan to keep during a marathon is the way to train?  How ... by magic?  Is there some amazing switch that I get throw when they blast the starting gun the day of my race that will help me run a minute faster, for longer a distance, than the whole time I'd trained?  Hogwash!  Not a chance!  Not for me anyway.  That's just a training plan designed to "hopefully" get you to the finish line without any consideration for the clock ... which is perfectly fine if that's what your goals are.

So for my marathon training this year I focused on this principle ... If I'm going to average a 7:00 pace for 20 miles during the marathon, I need to be able to run at least 15-18 miles at that pace during training.  Which is what I did.  For almost every long run, I spent the first few miles warming up, then the rest of it was ran at my 7:00 marathon pace. I also spent a big portion of my shorter Tuesday morning runs at the 7:00 pace as well.  Wednesday was usually a slower recovery run around 8:00-8:12 pace.  And then Thursday was a tempo run, where I would warm up for a couple of miles and then spend 10-12 miles at 6:30-6:40 pace.  (I'll write more about tempo runs later, but I really think most marathon training plan tempo runs are too short.)  Obviously, I couldn't run at this pace early in my training.  I had to work up to it of course.  But I probably spent the last 8-10 weeks utilizing this approach ... especially on the long runs.

The main objective was teaching my body to be comfortable at the 7:00 pace, and make if feel as normal as possible.  I didn't want to get into a race and think, "Wow, this pace is a little too fast for me", or "Man, I've never been this far at this pace before".  I wanted my legs to be more familiar with this pace than any other I'd ran.  I wanted my breathing and conditioning to understand how this pace was supposed to feel.  And I wanted NOTHING about this pace to surprise me during a marathon.

As a result, I spent about 20 miles in my last two marathons at my training pace.  When it was time to ramp up to 7:00, it came fairly easily.  I settled into it naturally because I'd done it hundreds of times in training.  I struggled a little to keep the pace toward the end in both marathons ... I mean ... it's still a freaking marathon.  But for the most part, the faster time just felt comfortable and was never really a grind.

Summary
My previous marathon best before this year was 3:20:03 at Tulsa in 2011.  A great finishing time for me, but I knew I was capable of more.  With this training plan ... I ran a 3:14:48 at the Chicago Marathon, and a 3:10:39 five weeks later at the Richmond Marathon.  There were, of course, other standard training practices I employed like hill training, back-to-back long runs on the weekend, double runs during the week, and plenty of core and strength training.  But changing my diet, running less, and running more miles at my race day pace were the three main things that made 2013 my fastest running year ever ... at 44 years of age.
... be great today!
Posted by Jim ... 50after40 at 6:23 AM