Jackie Gonna Be A Football Star

Last night I was wandering around on the internet for information that I couldn't possibly live without, and you won't believe what I found.  There's actually a website called www.classmates.com that has pretty much every yearbook ever in the history of the world.  Wow!  Even from the little town I grew up in.  Apparently, someone ... somewhere, with a lot of time on their hands, sits around and scans every page and uploads them to this site.  Man, the internet has everything! 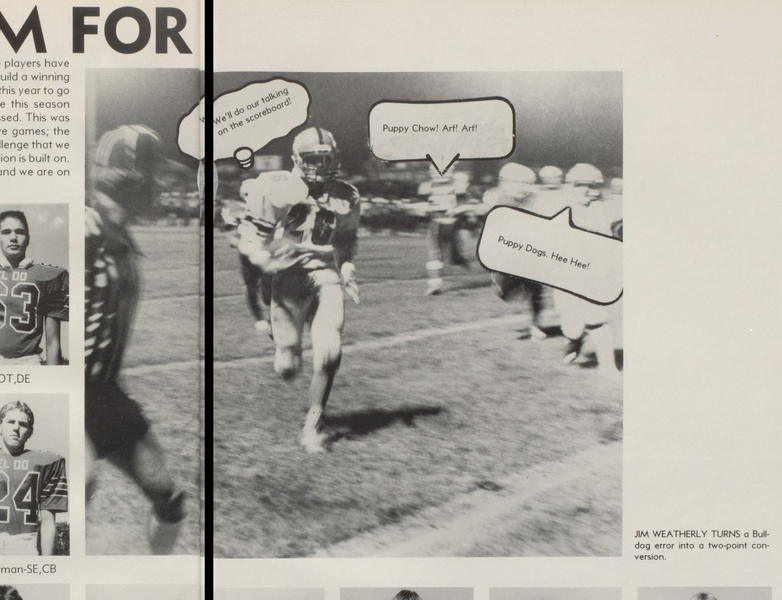 Somewhere along the way I lost my actual Senior Yearbook from the Class of 1987, so when I found this online, I spent some time flipping though it.  I of course went right to the pages featuring ME!!!  Here's proof that I actually played football back in the day.  There were some basketball and baseball pics too, but they weren't as cool as this one. That's me running in a two point conversion.  Look at that good running form back then -  ha.  We actually won that game 8-6.  See ... told you I used to be athletic! 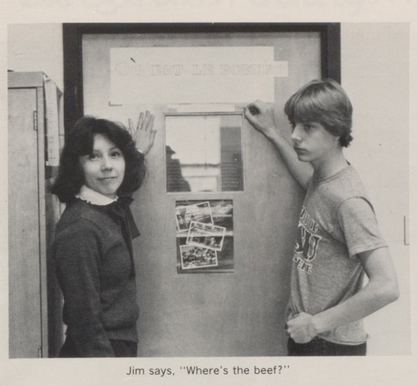 But I saved the best for last, I also found a Yearbook from my Freshman year, 1984.  For some reason there was a picture of me with my French Teacher that I didn't even know was in the Yearbook.  No, I'm not stoned.   I just wasn't a fan of French class.  I don't remember much of it except how to say my name, and tell you how old I am ... which should come in handy when I'm captured by French pirates. So cool!!!  Have a great weekend, I'll be feathering my bangs.
... be great today!
Posted by Jim ... 50after40 at 3:51 AM