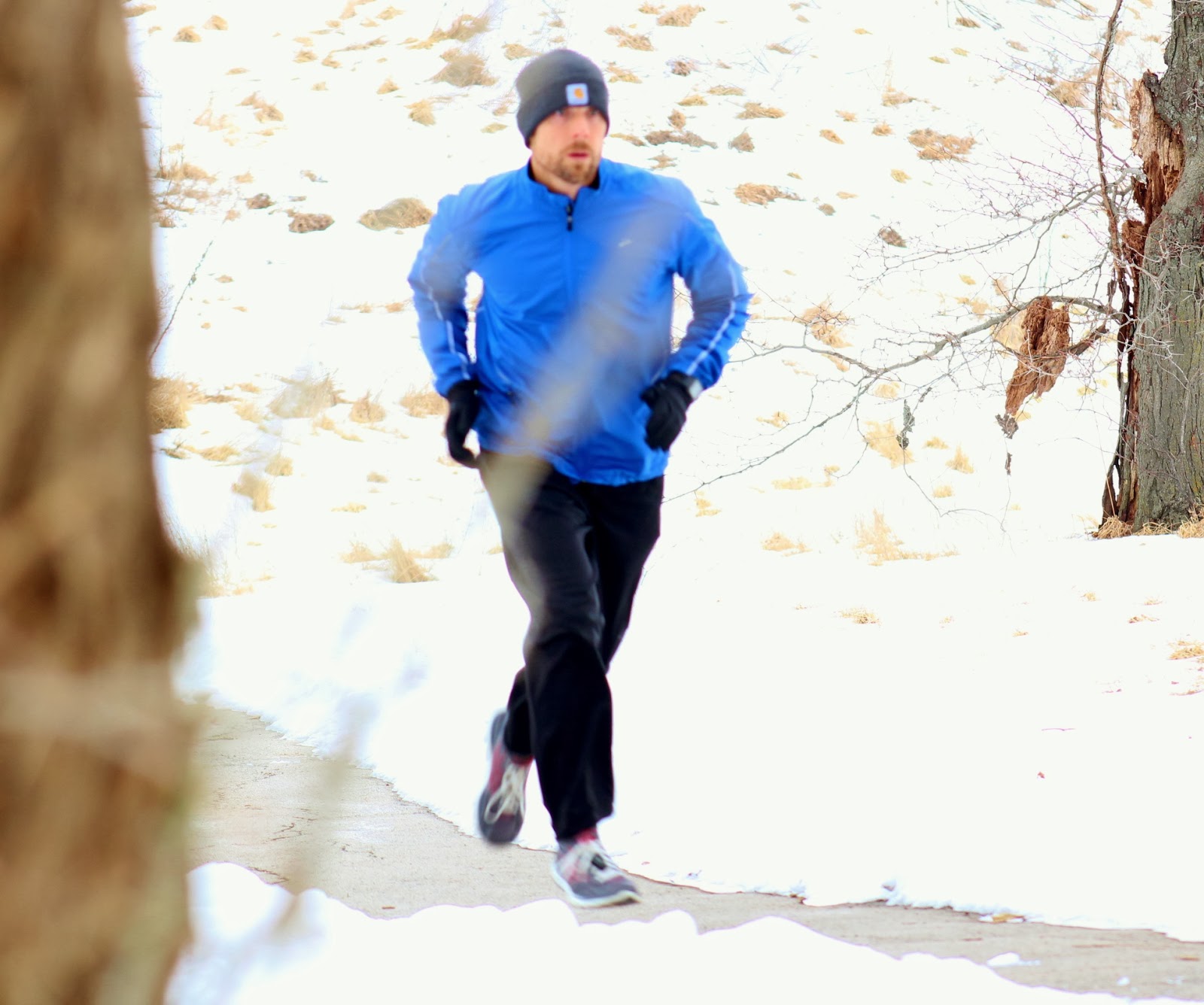 After being less than thrilled with my long run on Saturday, Sunday was a good light recovery run ... just what the doctor ordered!  I headed up to the Legacy Park paved trail, and actually ran into my friend Paul.  He's training for his first marathon, and was finishing up his first 18 miler.  I asked if I could join him, and we ran the last 4 miles or so, together.  He said he was hurting there toward the end, but he looked strong and did a great job!  It's such an awesome feeling when you finish milestone runs like that.

On Sundays, even in the summer, I spend a lot of time focusing on form drills.  I'm typically not that consumed with pace on the recovery run after my long run on Saturday, so Sundays are the perfect day to make sure everything is aligned.  And if I have time, and am feeling somewhat narcissistic (which is more often than it should be), I take along the camera for my workout and try to get some stills, or video of my form.  Which I did today before my actual run.

I do my fair share of core work every week, so typically keeping my torso upright and straight is not an issue during even the longest runs.  Plus, my hips usually seem fairly strong and stable, and most of the time I'm healthy and pain free.  But below the knee is my primary area of focus right now.  If anything gets sore on me, it's typically my feet and ankles.  So I've really been spending a lot of time focusing on my foot placement and landing.

Some of the issue with the minor aches and pains over the past couple of year is that my shoes have become more and more minimalistic.  There's just not as much padding to help absorb the shock.  But other than that, I've noticed that my left foot lands a lot different than my right.  Plus, when my hips are tired and I get lazy on a run, I resort to "flipper feet" ... or basically over using my calves when I push off with my foot.

If you don't over-pronate during your landing, meaning that you land on the ball of your foot first, and if you're not a heel-striker ... the first thing that will make contact with the ground is the side of your midfoot or forefoot. And like me, you're likely a supinator. You'll then sort of roll to the inside as your body weight is centered over your foot, allowing all of your complete foot to make contact with the ground.

My problem with my right foot is that the angle at which I make contact with the ground is too steep.  I's almost like I'm landing on the side of my foot at times.  This will often lead to a little slippage, and sometimes hot-spots around the ball, or on the side of the ball of my foot.  It's kind of been an issue this past year.  Also, if I have IT Band pain - which I rarely do, and it's minor at most - it will be on my right side.  In the center picture, you can tell that landing like this adds a little stress to the outside of the calf, knee, and quad.

My left foot is completely different.  I often keep it too flat upon landing, which seems to put a lot of stress on the ankle.  The inside of my left ankle is almost always sore.  I've recently found that spending extra time stretching the calf alleviates the issue, but I think it can be corrected in the strike.

When the landing is too flat, it doesn't allow the arch to naturally absorb the shock.  I've had arch issues on my left foot all my life, and I think that's why this landing pad is a little flatter than it should be.  In the picture, you notice a completely different angle than what's pictured with the right foot above.  The arch is designed to cushion our landing while running, but not taking advantage of the curvature in the arch leads to more pounding than necessary on the ankle and heel.

Also pictured in the second photo is what I refer to as "flipper feet".  If your calves are really sore when your finished running, a lot of times it can be from over use because of weak or tired hips.  When we're not lifting and generating power like we should with our hips, our calves try to compensate to provide the propulsion.  If our hips are working properly, our calves will maintain almost a 90 degree angle throughout the stride.  The problem, is when we're tired, we push off more with our calves on the back end, and then raise them a little upon landing because our legs had difficulty making it all the way though to the front.  The result is our range of motion has increased drastically on our calves, and we're basically working them back and forth ... back and forth, throughout the course of our run ... often resulting in over use and soreness. 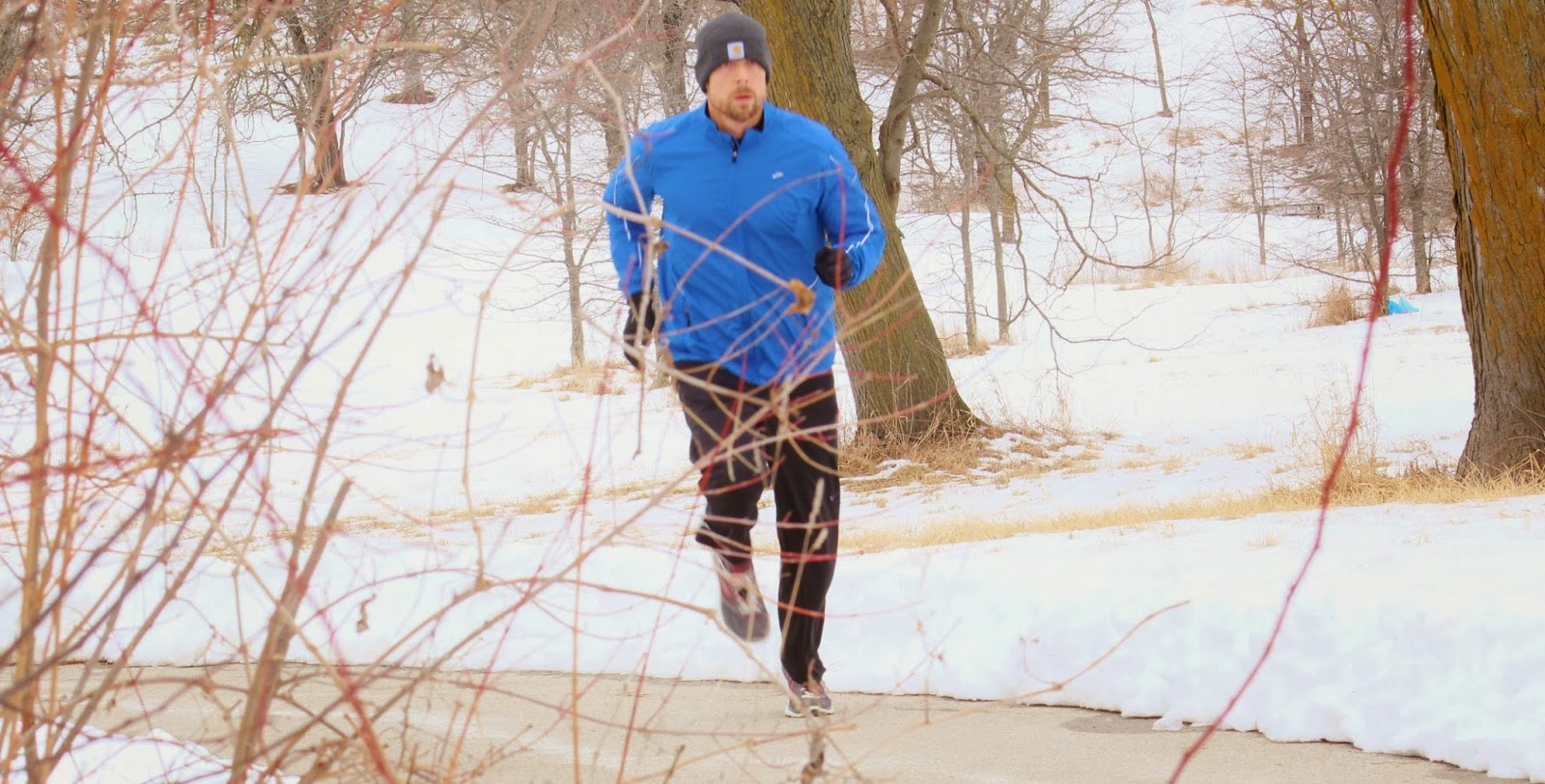 So there's my Sunday stride analysis for this week.  There can be an argument made for, "Well, that's just how I run".  And I don't know that I disagree with that.  It's REALLY difficult to change our natural gate too much.  But I've found that if I analyze the little things, and try to sharpen them up, it really helps with running efficiency, and ultimately better races.  Plus, I'm a complete and total nerd with this stuff.  Have a great week!
... be great today!