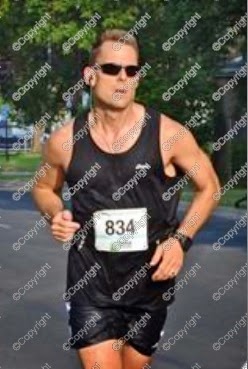 Don't let the time finish time fool you, even though I made it from Point "A" to Point "B" in a half-marathon faster than I ever had before, this was NOT a great race performance from me.  That's not a "humble brag", "sour grapes", or anything else ... plain and simple, I just didn't run a good race.

My training had been going really well lately, in fact I felt like I was faster than ever as evidenced by my recent 5K PR and my overall training times.  So I decided to put my legs to the test and run a half-marathon.  The nearest one to home that I found happened to be only about 6-1/2 hours away in Richfield, MN, a suburb of Minneapolis/St. Paul.  As luck would have it, I also had a couple meetings in Eastern Iowa the week before, which only put me about 3 hours away from the Twin Cities.  So at the end of the work week, I jumped in my car and made the relatively short drive to the race. 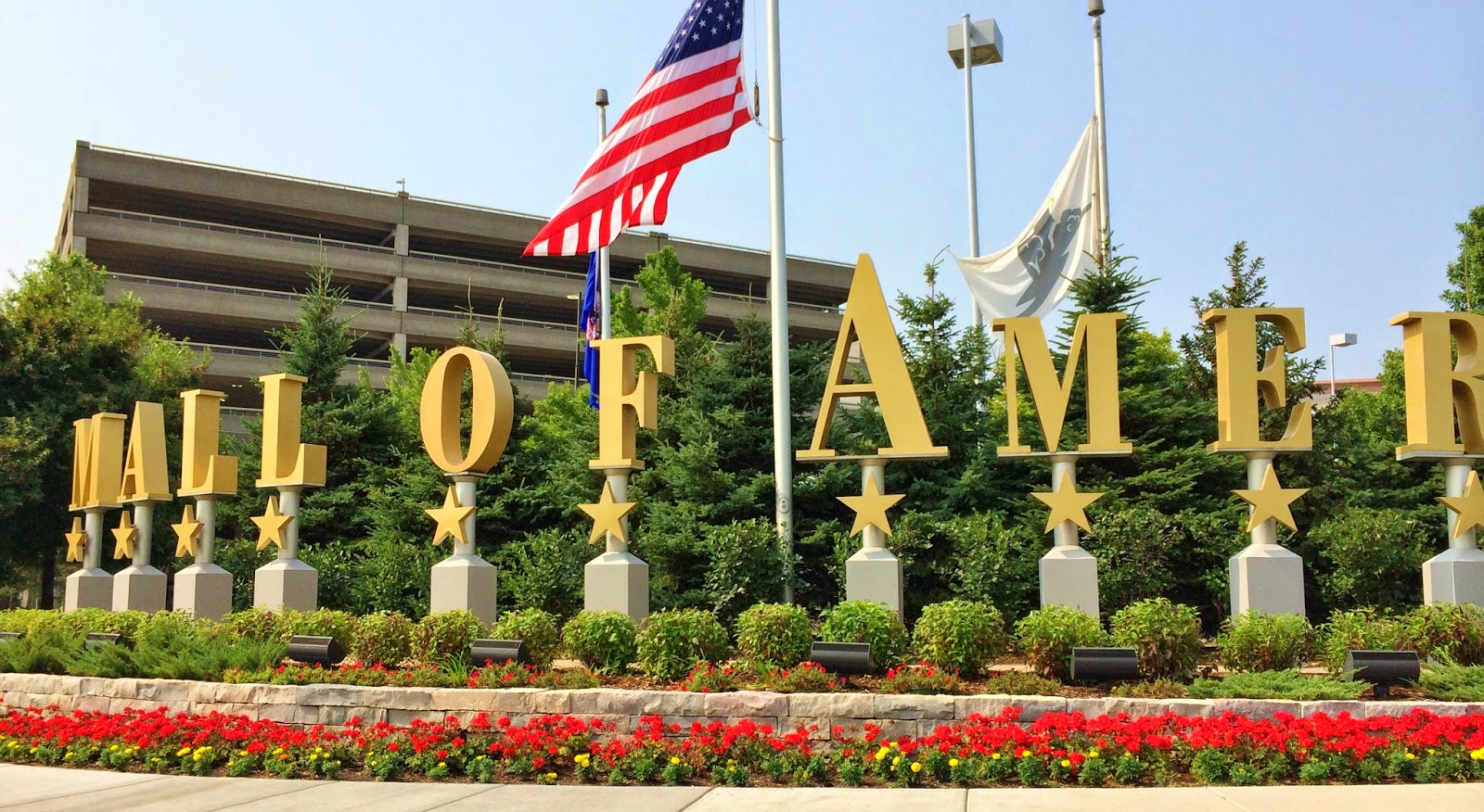 I stayed at the Hampton Inn in Bloomington, MN near the Airport ... and only a few blocks away from The Mall of America.  The evening I got to town, I went over to the mall for a while to check it out ... yep, just your basic 4 story mall with 520 stores, 50 restaurants, and an amusement park in the middle.  Nothing to see here.  But when I snapped a few pictures and sent them to Michael, we both had the same thought, "How ironic! Jim at a mall, and Michael sitting at home ... what's going on Universe???"

There were plenty of restaurants in the area, unfortunately I had a little trouble finding anything healthy.  But I did locate a Whole Foods grocery store where I picked up a few things.  Plus, since it was only a half-marathon, I wasn't super-consumed with fueling.  But I didn't want to completely wreck my diet either.  I've been eating fairly healthy lately and this half-marathon was only part of my training, not the final destination.  So I didn't want to veer too far off track just because it was a race weekend. 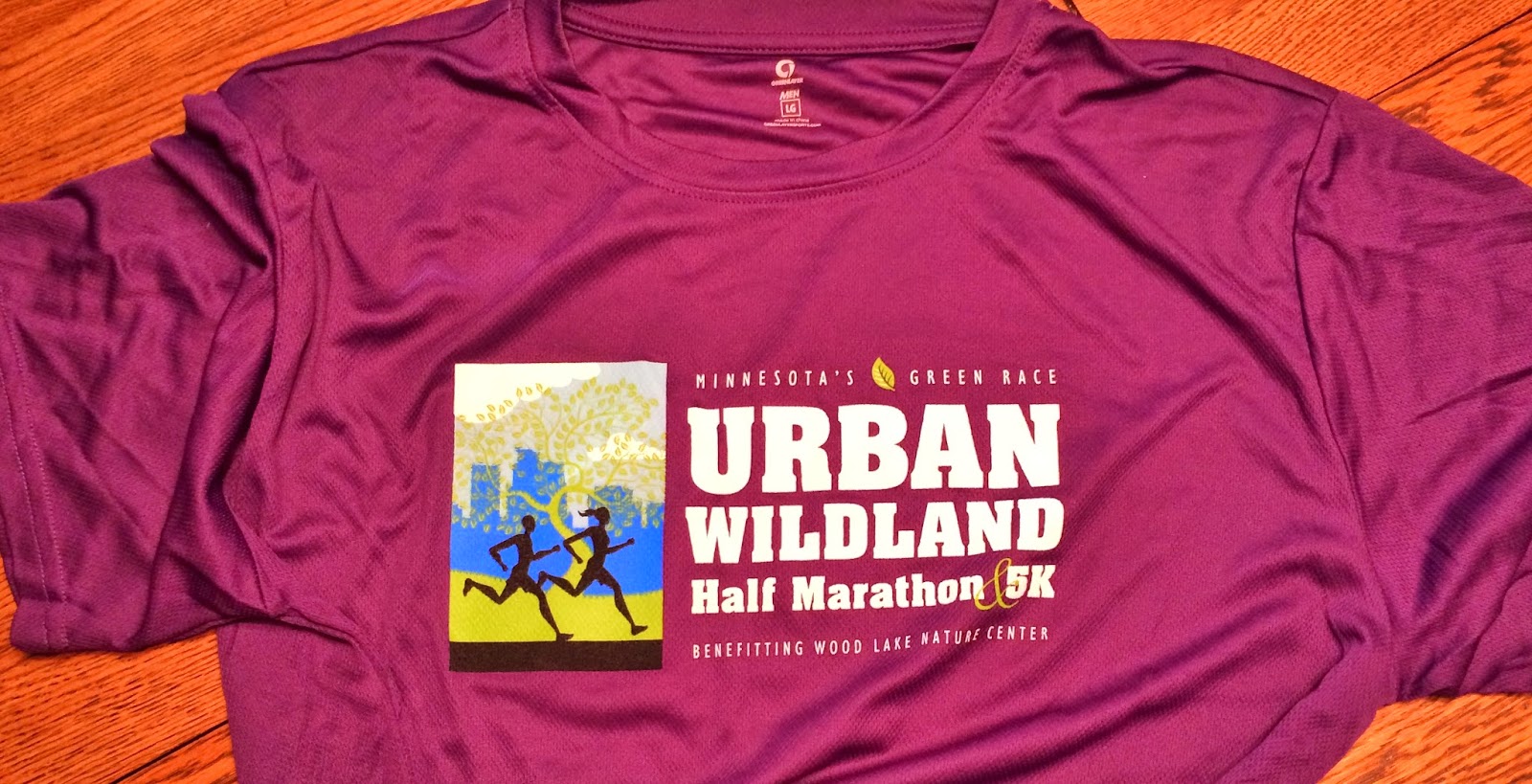 The Urban Wildland Half-Marathon is not a big event, and is billed as "Minnesota's Green Race".  When I see a race with "green" in the title, it's usually code for "there will be no extras".  And even though I'm a proponent of not wasting resources (I'm not even sure we should water our yards), the product sometimes comes off as "cheap" and "poorly planned".   The race directors did a nice job with planning ... but frankly, I felt this race came off as a little "cheap".

For starters, there was no finisher medal.  This was made clear in the registration information, so I knew it going in.  I've always said that finisher medals are no big deal to me, but for some reason it kind of bummed me out at the end when there was no medal.  They actually handed out the race shirts at the end, so at least there was a "reward" for finishing the race besides a banana and bagel.  But the shirt was purple!  Purple!  So I bought one of the previous year's race shirts for $4, because I'm not sure I'll ever wear a purple shirt. (No offense if purple's your favorite color, it's just not me - ha) 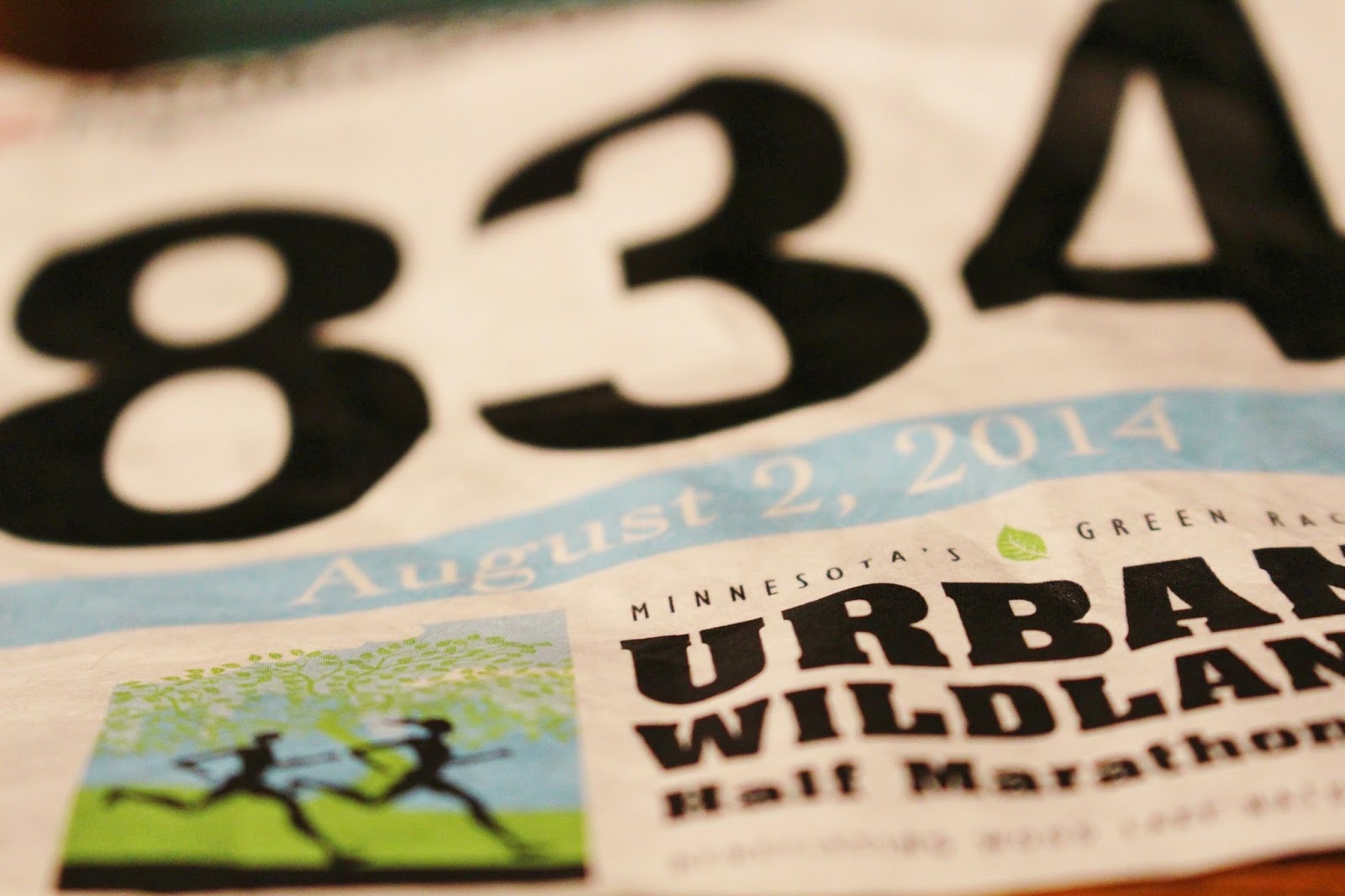 Age group winners received a recycled glass medal.  But the age group categories were divided into years of 10 instead of the typical 5 years divisions.  So for example, a person who was almost 50, had to beat all of the 40, 41, 42, etc., year old's to receive a medal.  That's pretty tough for most people to do.  In fact the results showed that in all of the age group categories, there were only two people who placed in the top three that were in the older half of their age group - a 37 year old and 57 year old runner.  So basically, dividing the groups into 10 year increments meant that if you had a "5" or higher in your age, you basically had no shot at winning a medal.  But obviously having fewer division means buying fewer medals.  Plus, it's just an age group award - so I'll probably be okay!

Finally, there were simply not enough water stops for a summer marathon.  The volunteers at all the water stops did a great job and were very supportive and well organized, but in the first seven miles, on a very humid day, there were only two stops.  It seems like the frequency picked up after that, but they were fairly sparse at the outset.  I just felt for a summer marathon, where we had over 90% humidity and all the runners were losing fluids at a rapid rate, there should have been more water available.  I heard several runners complaining about it while we were running.  But this too was identified in the pre-race info, so I could have carried water.  Several of the homeowners along the course had their sprinklers on so we could run through as we passed their house ... which felt awesome!  Race extras aside, this was a nice small race, on a very flat and shaded course.  The organizers did a great job with organization and communication and were very, very friendly. 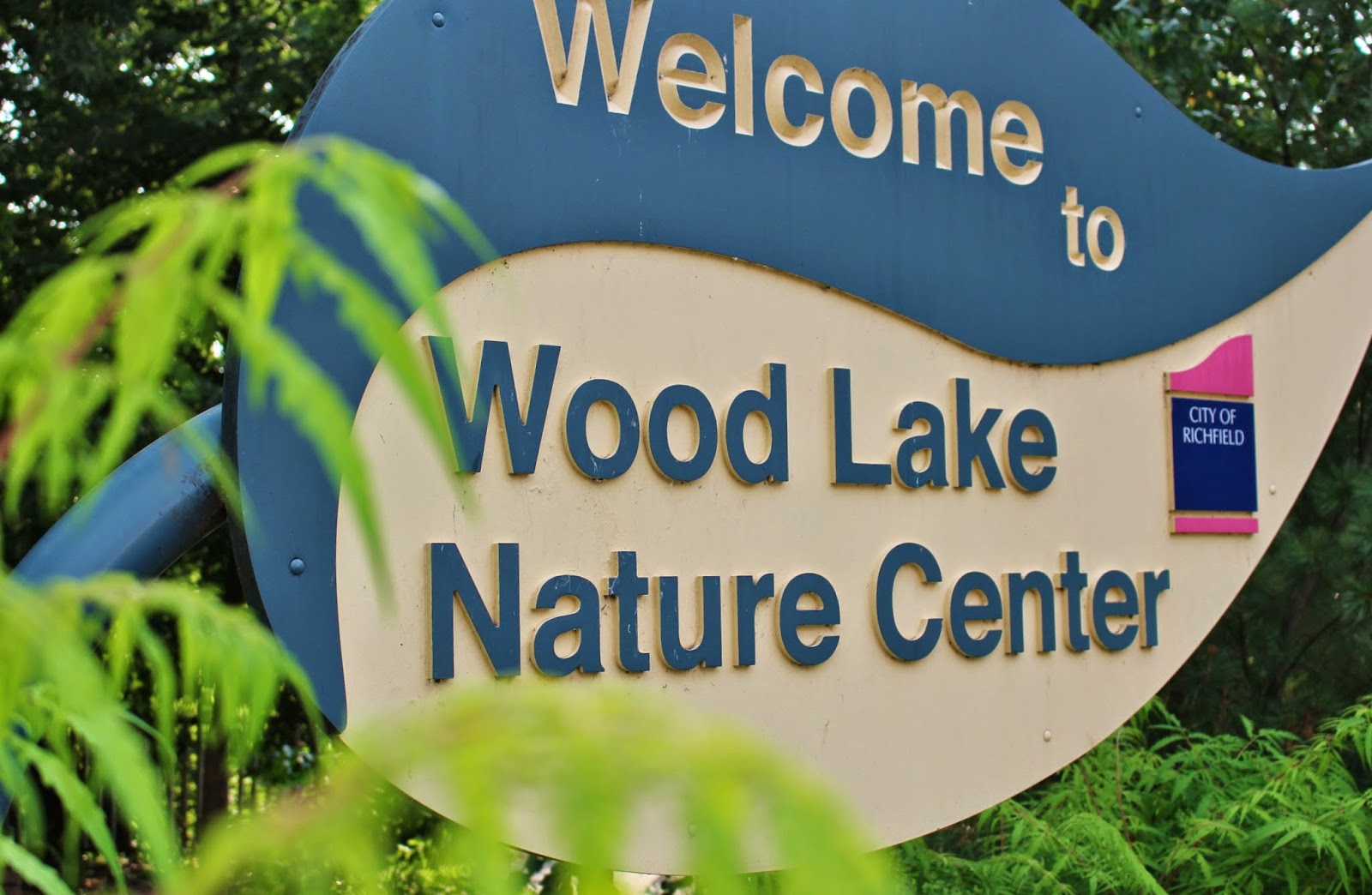 Most importantly, the race benefited the Wood Lake Nature Center's Environmental Education Program with the Richfield Schools.  It's an environmental education partnership that provides learning through Wood Lake's science curriculum.  On the evening before the race, I visited the Nature Center and took a few pictures.  The area was beautiful and well kept, and the Nature Center was full of great information.  Most notably, the dirt and gravel trail around the lake was smooth and very well kept.  A few hours later, we would be veering off of the city streets and running a portion of the race on the shaded trails.

We also ran around two other small city lakes - Richfield Lake and Legion Lake - which were both very nice and well kept with adjacent parks. 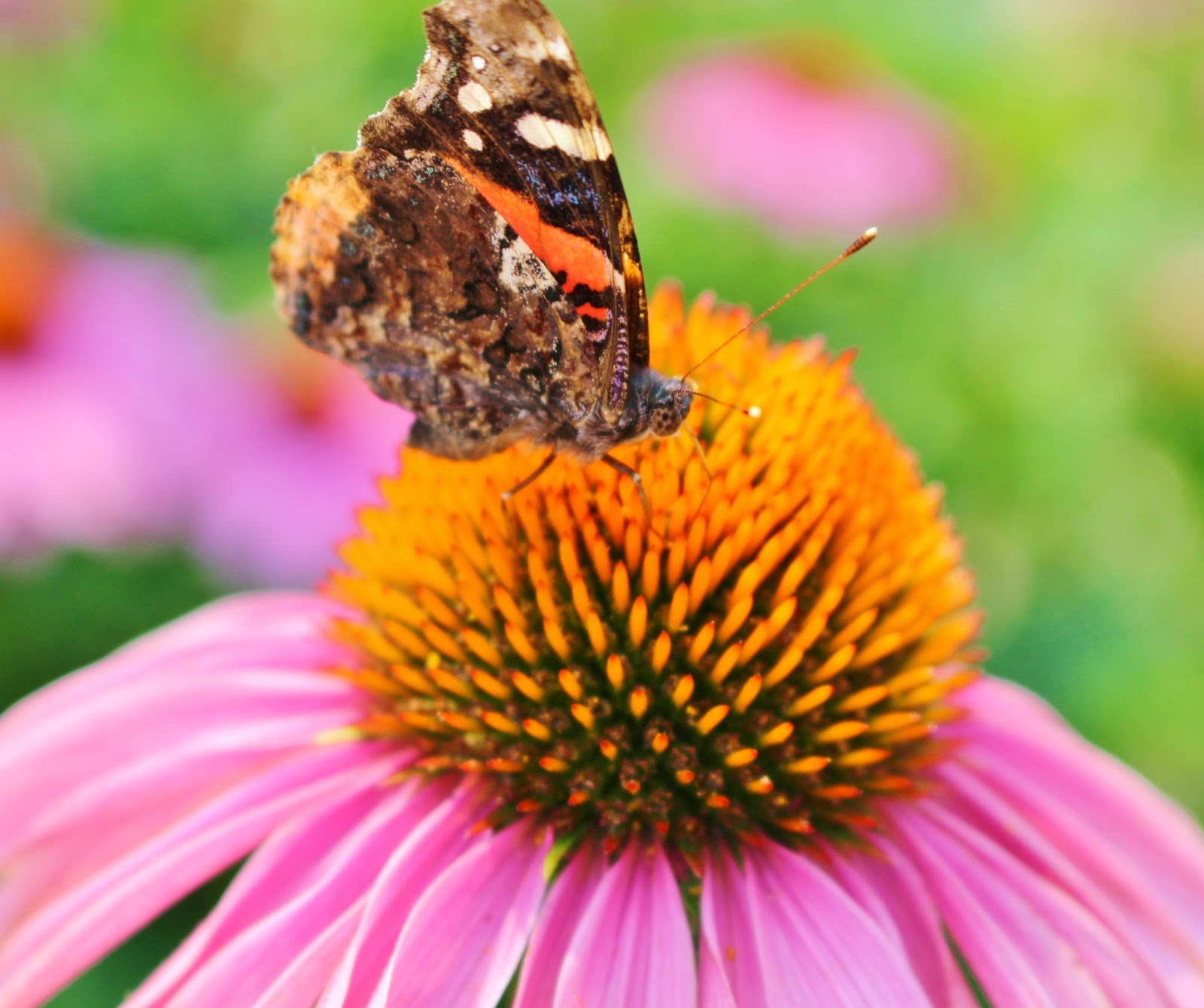 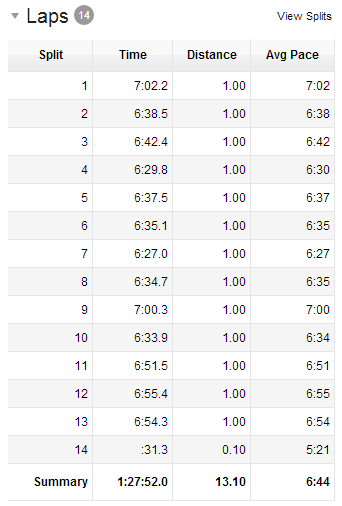 I kept an eye on the weather all week leading up to the race, and knew two things ...

There's no getting around it, regardless of the temperature, humidity just sucks the energy right out of you, and the race on Saturday was the perfect demonstration of this fact.

When I arrived at the starting area at the Richfield Ice Arena, I immediately noticed that the air was very still, and very very sticky.  I ran about two mile of warm ups with some sprints and was already covered in sweat.  I think it was only about 65 or 66 degrees when the gun went off, but the humidity was at or above 90%.

With this in mind, I tried to keep my pace controlled.  My first mile was a 7:02, which felt very comfortable, followed by a 6:38, which felt equally as relaxed.  But as we ran around Wood Lake during mile three, I noticed that my shirt was completely saturated with sweat.  Including warm ups, I had only ran about five miles so far and I was drenched.  Understanding that I would soon fatigue from the moisture laden air, I slowed my pace during the third mile to a 6:42.  But conscious of the clock, I picked it up a little during the fourth mile to a 6:30 and felt fine.

Somewhere during mile five I began to labor a little.  My breathing really seemed to be okay, but my legs were having trouble keeping the pace.  Frankly I had tried to start this race a little quicker than normal, and I think it might have been a little too fast considering the conditions.  I kept looking at my Garmin thinking, "I need to be down in the 6:20's", but I just couldn't seem to find a gear to get me to that pace consistently.  I felt like I was running fairly smoothly, but I just didn't seem to have the ability to increase my speed. 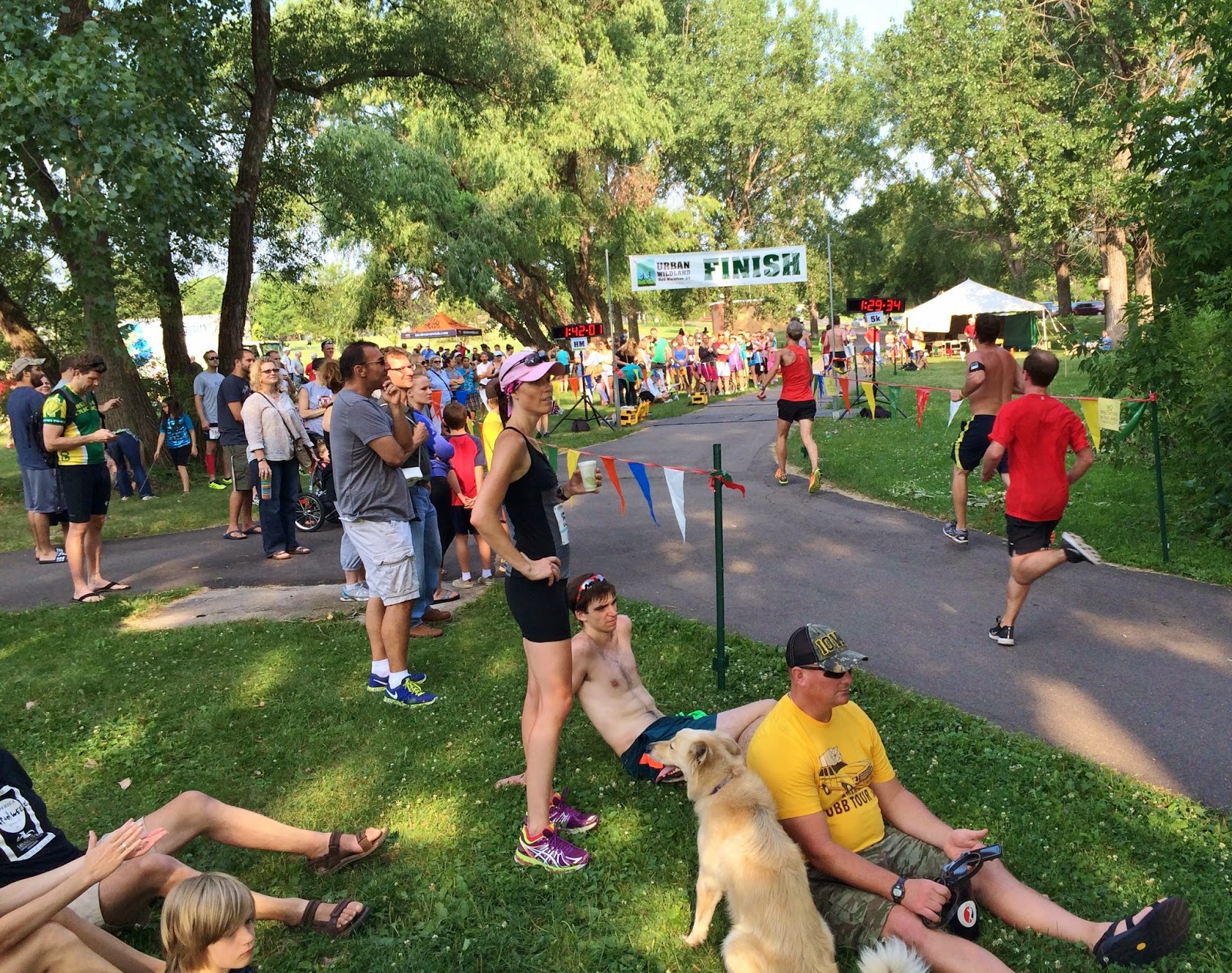 I think I ran mile six a little too fast as well because I actually stopped for about 20 seconds at the water stop to regroup a little and take a gel, but still ended up with a 6:35 split.  I remember thinking to myself that I needed to slow down a little because my breathing had really intensified and I was really beginning to fight it ... AT FRIGGING MILE 6!!!  Plus, since much of the course was tree-line, my Garmin kept losing it's pace so I wasn't exactly sure how fast I was going.

I really wanted to PR in this race so I was fairly mindful of my pace.  Based on my recent training times, I honestly felt like I could have been around 1:25 ... OR LOWER.  Heck, a few weeks before the race I ran a Tempo Run where I averaged a 6:19 over 9 miles, and would have easily PR'd if it would have been a race day.  But Saturday was a different story.  I really hadn't wanted to stop during mile six, but knew that I was still way under PR pace.  My 10K split was a 41:13, which for me is pretty quick, and I knew a few added seconds wouldn't hurt.  But when I stopped three more times over the course of next seven miles, I really started wondering if it was going to be my day.  I started doing the math in my head at mile 10, trying decide just how slow of a  mile I could run and still come in under record time for me.  I figured that if I ran the last three miles at a 7:00/pace, I'd be okay.  The problem was that I was really fighting even keeping a 7:00 pace on track.  I was beginning to get a little light headed from the fluid loss and took a salt capsule somewhere in mile 11.

I don't think I've ever faded in a half-marathon like I did on Saturday, but it was a grind to keep those last miles under 7:00.  I would run for a while and then need to stop again.  This was simply unbelievable for a half-marathon.  I was just completely drained and soaked to the bone with perspiration and felt like I was breathing through a straw ... with an elephant on my chest.  It was just a lot tougher than a half-marathon should have been.

I crossed the finish line with a 1:27:52 for a new PR.  I would have been elated with this time a few years ago ... but on Saturday I was pretty disappointed.  The race was supposed to be a stepping stone or a springboard to an awesome marathon in four weeks.  But unfortunately, it left me with more questions than answers.

After the race, I stopped back by the hotel, showered, and hit the road as soon as possible for the 6-1/2 hour drive home.  Even though I'd ran a poor race, probably the worst thing I did all day was only stop the car once over the trip home.  Not a real smart thing to do.  My legs were so stiff the next day.  Hopefully I can get rid of the soreness quickly and resume the final phase of marathon training for Idaho.  The half-marathon hadn't been a disaster by any means, I mean I DID PR. But it made it very clear to me that I still have a lot of work to do.  Maybe that's a good thing.
... be great today!
Posted by Jim ... 50after40 at 3:05 PM