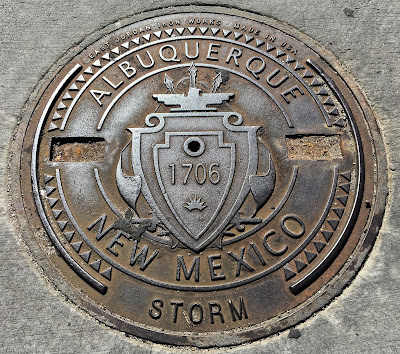 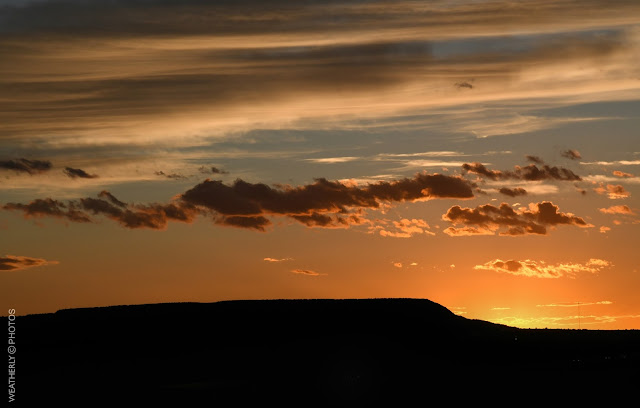 The Duke City Marathon was advertised as one of the top 25 marathons in the world.  And while it was a nice small race on a beautiful course, at the risk of sounding disrespectful or condescending ... I just didn't experience anything overly special about the event.  I regretfully write those words because race directors work so hard at putting together a race weekend, and I don't want to offend any of them because everyone I met was so courteous and helpful.  Additionally, the individual experience is undoubtedly going to vary from runner to runner so many folks will view the event completely differently than I did.  But out of the 36 total marathons I've ran so far, I definitely would not put it near the top, in fact I found it somewhat mediocre overall. 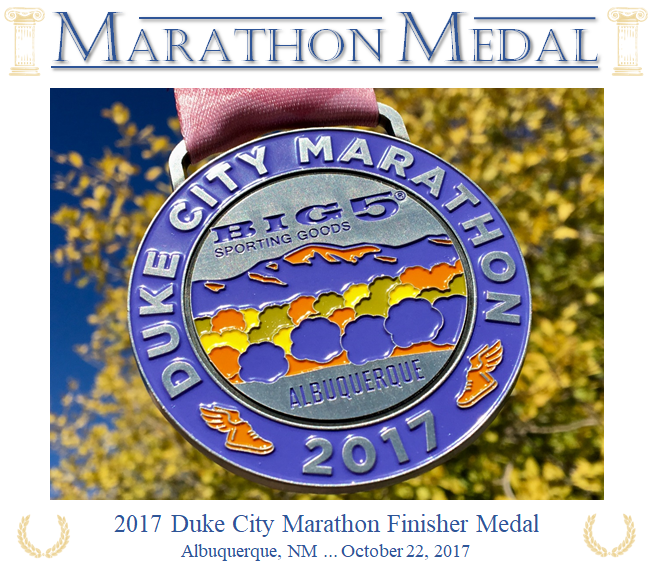 Let's start with some of the high points about the race ... because there are several!  First, the backdrop is amazing.  Albuquerque is a beautiful desert town along the Rio Grande River in the shadow of the Cibola National Forest mountains.  As with most Western US cities, the sky is seemingly always deep cobalt blue during the day, and a brilliant burst of orange and red with each sunset at night.  The weekend of the race, the temps were 40 degrees in the morning, and 80 degrees in the afternoon, making for perfect running conditions.

Second, there was plenty of hotel lobby space only a few feet from the starting line, so runners were able to keep warm inside until minutes before the gun sounded.  Also, the race started at exactly 7:00 a.m.!   There was no standing around while legs got cold. 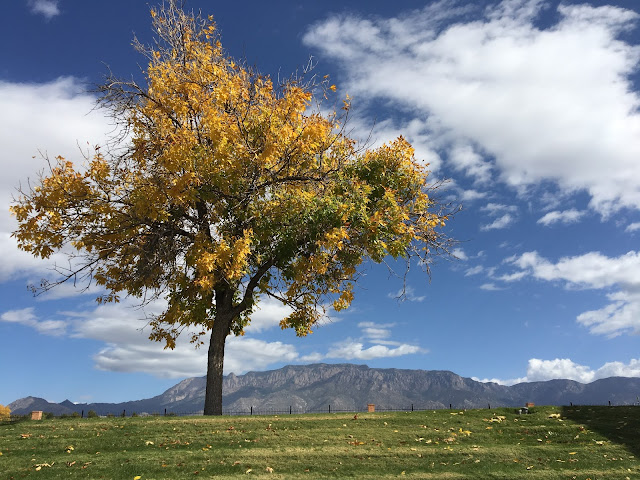 Third, the course is fast and one of the flattest I've ran.  For the first 12 miles of the race, runners tool the pancake flat paved Rio Grande River path along side and under overhanging Ash and Maple trees that were in peak Fall bright yellow and orange bloom to the left, and the mountains to the right.  There is barely a speed bump to climb during this stretch.  Unbelievably flat.  At Mile 13, the course had few rolling hills with a total climb of about 80 feet to it's highest point in the race.  And then just like that, we turned around and went back along the same course all the way to the finish line.  Almost no hills at all. 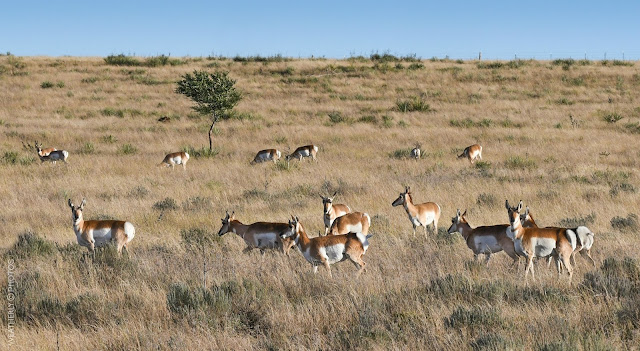 And finally, the hot air balloons!!!  I didn't get any photos of this amazing sight because I don't run with my phone ... but around Mile 5, about 10-12 brightly colored hot air balloons began to rise in the distance creating a very unique and beautiful marathon experience.  I'd never seen anything like it!!! They were so beautiful in contrast against the blue sky canvas and something I wish I could have captured with a photo.  They were basically in view the entire first half of the run, but disappeared during the second half as we turned our backs and headed the other direction.

As for the things I felt needed improvement ... overall, even though the course was really really beautiful ... I found it really really really boring.  I would have enjoyed the course a little more if we could have spent more time experiencing some parts of the city other than the river path.  However, this is EXACTLY the type of course my wife and many runners prefer.  Many folks love paved paths with very little turning or changing direction, it's just not my thing.

And speaking of the path, high speed cyclist and slow moving runners are not a good combination.  The course is an out and back with runners on both sides of the path divided by a painted yellow line down the center.  But frequently bikers would cut in and out of runners at high speeds on either side of the trail, forcing some folks to dodge or get out of the way.  Frankly, it's little tough to divide your focus on bikes passing at high speeds when you're trying to center your focusing on finishing 26 miles on foot.  Obviously the race directors can't do anything about discourteous and dangerous cyclist, but maybe they could petition the city to have the course closed to two-wheel traffic for a few hours on the morning of the race in the future.

I didn't find the volunteer support or organization of the race exceptional either.  My first experience with the race was them losing my bib at packet pickup. This was probably just a mix up and they quickly assigned me a new one, so no biggie.  But volunteers seemed somewhat sparse, other than the water stop ROTC kids, along the course.  And while the water stops were placed close together, which was nice, some of them only had two or three kids volunteering per stop.  On three occasions, they were busy getting water for oncoming runners in the other lane and missed me and a couple of other runners in the opposite direction.  Also, a car nearly pulled out in front of me at an intersection in the last mile, which again, was probably a one-off, and no big deal ... but more volunteers might have stopped the driver. 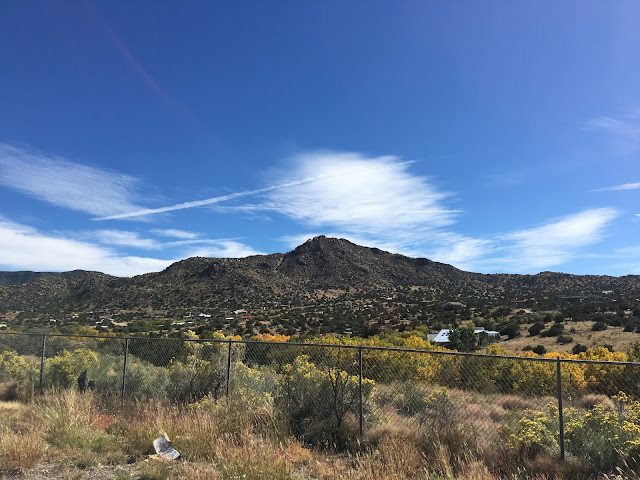 And finally, it seemed a little chaotic at the finish line.  There were kids, non-runners, volunteers, exhausted runners, and random people milling around about 20-30 feet immediately on the other side of the finish line.  This is the area most races block off to only runners.  The volunteers handed me my medal, and while I was overwhelmed with exhaustion and thirst on wobbly legs, I waited behind kids and old folks for a bottle of water.  It was the same experience trying to get a piece of fruit and granola bar ... waiting my turn behind kids grabbing handfuls.  It's just a pet peeve of mine, and a lot of runners feel the same way ... kids and non runners are chowing down on post race food.  But I guess that's what part of my race fee goes towards ... it happens at every race.  I couldn't get out of there and back to my room quick enough.

As for my race ... I used the run as prep for a couple of upcoming events over the winter.  I ran a 3:24, stopping to pee three times, walking through most water stops, and walk/running the last 6 miles. The 18 miles from miles 3-20, I averaged a 7:43 pace ... which basically amounted to a nice in race tempo run ... so that was very positive especially since I wasn't anywhere near peak condition.

After the race, I quickly headed back to my room which was literally located about 200 feet from the finish line ... another very nice thing about the race ... and then got in my car and drove 14 hours back to Kansas City (I wouldn't advise that).  Overall I enjoyed the race and would recommend it if you're trying to cross New Mexico off the map.  And those balloons ... man, they were amazing!!!
Posted by Jim ... 50after40 at 7:06 PM