Not So Dirty Little Secret? 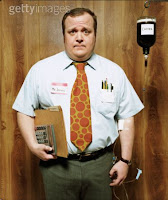 Are you a caffeinated runner?  I am.

It's not something I really advocate or am proud of, but before almost every run since 2006, I've gone to the ol' artificial energy source.  Caffeine!  I'm not a coffee drinker, so I usually pop a Vivarin, which has approximately the same caffeine content as one cup of coffee.

When I first started running, I did it because I felt like I needed the energy boost.  I was kind of embarrassed to admit it, but it really seemed to help.  After a Vivarin, I felt more alert and energetic for the run.  And I didn't seem to hit the wall as often, or at all.

But as I did more research, it appeared to be a fairly accepted practice in the running community.  An article at www.active.com stated, "In one study, elite runners improved their time in a treadmill run to exhaustion by 1.9 percent with caffeine. Caffeine boosted time to exhaustion in a cycling test by 15 minutes in another study. And in a study involving swimmers, caffeine was found to enhance performance in maximal-effort swims of up to 25 minutes' duration."

And in a 2009 Runners World article, Liz Applegate Ph.D. wrote, "In a study done last year, researchers gave cyclists an energy bar with or without caffeine(equal to one cup of coffee) before and during a long, hard ride. They found that cyclists who have caffeine ride farther and think faster on cognitive tests than the no-caffeine group—useful news to runners in endurance events and adventure races, where quick decision-making is key."


It also seems like energy gels are becoming more caffeinated.  The PowerBar gel pictured at the left is the one I'm using for my race this weekend.  It has 2X Caffeine, or 50mg added in.  I've recently used Stinger Gels, and really like them because they're all natural.  But they taste like a shot of pure honey, and just don't seem to have the same kick of caffeinated gels.

I would never use any kind of performance enhancer like HGH or steroids ... I mean c'mon, this is just a hobby right?  I don't even take a multi-vitamin.  And I know some runners would never use caffeine for personal or religious reasons, and view caffeine as a drug.  I'm not smart enough, or maybe socially conscience enough to agree or disagree with those points of view.  I certainly understand the negative views toward caffeine.  But for the most part, I haven't found anything that works quite as well, or as fast for me.

Email ThisBlogThis!Share to TwitterShare to FacebookShare to Pinterest
Labels: Caffeine