What a great week!  Indeed, I assembled another really solid week of training, but on a personal note, I simply had an awesome week with my family - which trumps everything else in life.

First, the training went really well with a good track workout on Tuesday, followed by an equally good Progressive Run on Thursday, and then concluded with a pretty nice 22 Miler on Saturday in 75F, 89% humidity.  The Speed Workout at the track was one of my best ever as I noted here, and the Progressive Run went like this ... 7:25, 7:08, 6:53, 6:39, 6:33, 6:24, 6:14 ... each mile a little faster and harder than the one before.  However, it left me a little dead-legged for my 22 mile Long Run, which at first glance looks really solid - but was a little fraudulent.

On Saturday, I ran my first 22 miler of this training session.  About a half mile into the journey, I could tell my legs were shot - heavy and lifeless - from the tough run two days prior.  I really struggled to get up to pace ... and the suffocating humidity did nothing to help speed me along.  I didn't really start feeling "right" until about 10 miles into the run, and even then there were periods where the headwind and hills totally kicked my butt.  In total, I ran over a 1000 ft of elevation gain.

I planned on running 16 out of the 22 miles under 7:00/pace ... which I technically did.  But, I really wanted to run them without stopping the clock at all ... which I didn't.  So even though the paces look about where I need to be for my race, in full disclosure, I stopped the clock about 5 times for water, and once because an incline and a 15mph headwind stole my breath! All in all, the stops were not a big deal for a training run, but the last time I checked, they don't stop the clock in races, so I gotta get that under control.  For that reason, I've always tried really hard to not stop during a race simulation.  It makes me lose my pace and rhythm, and gives me a break that just doesn't happen in a marathon.  But other than that, the paces were fine, here they are ...

The 16 "red miles" were at an average pace of 6:50, which is right where I need to be.  So all in all it was a great way to end a 72 mile week.  Next week is another recovery week, so it was very positive to end on high note.  Now to the family stuff ...

I love my children more than anything, but as they grow their own families, and fill their lives with their own memories, my time with them is more and more scarce.  So when I get to spend a day with one of them, I cherish every second!  On Wednesday night this week, my son Gage, grandson Ryder, and I, took Ryder to his first Royals baseball game.  And it was AWESOME!!! 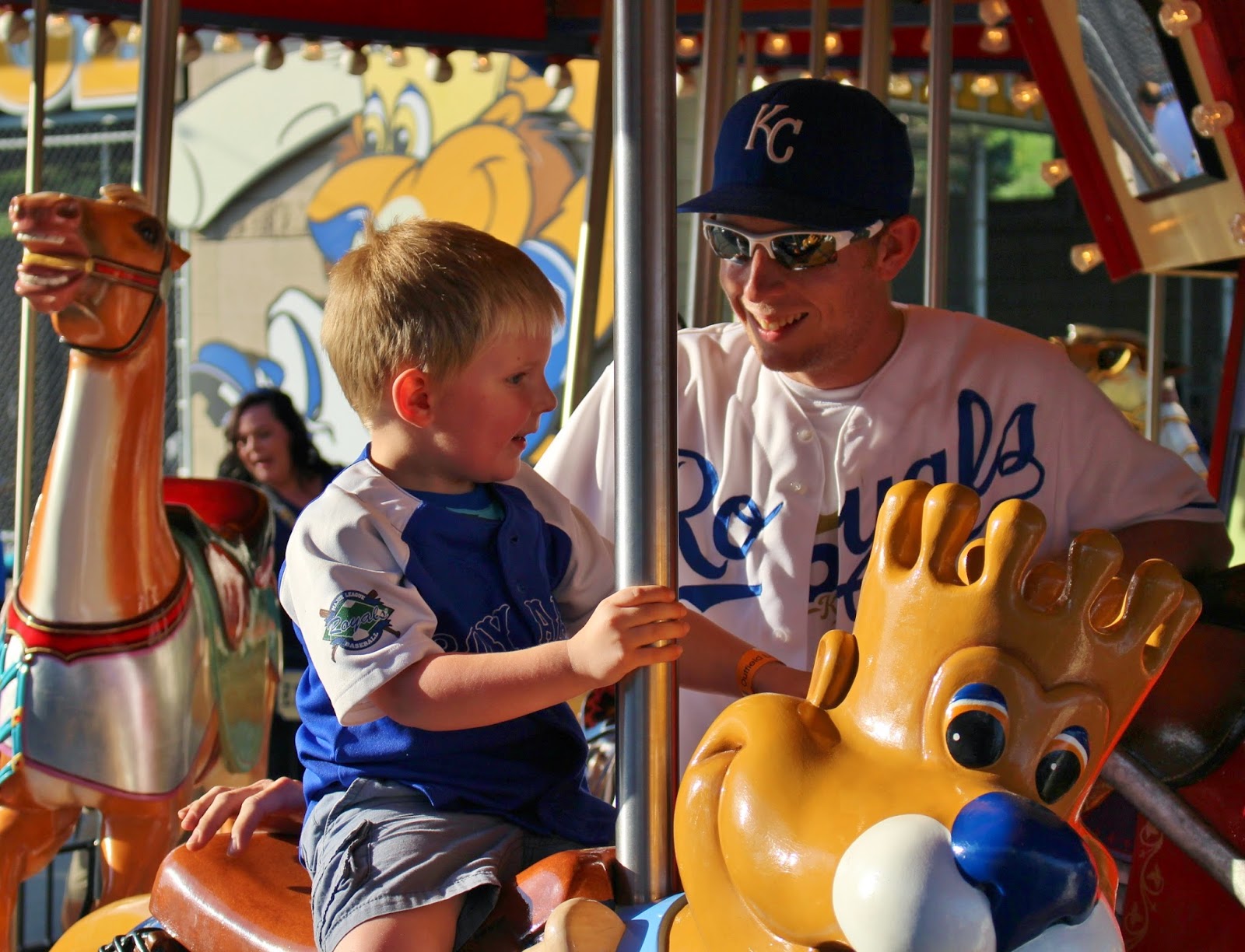 As an old baseball "purist", it kinda bugged me when they built a kids "playland" behind the left field seats, so kids would have something to do during the game.  Well excuse me, THEY CAME TO A BASEBALL GAME ... THAT'S WHAT THERE IS "TO DO"!!! (sorry, old man rant)  But since Ryder's only 4, he actually enjoyed the Merry-go-Round and Jungle-Gym more than the game.  That's okay, we had a great time just being together! 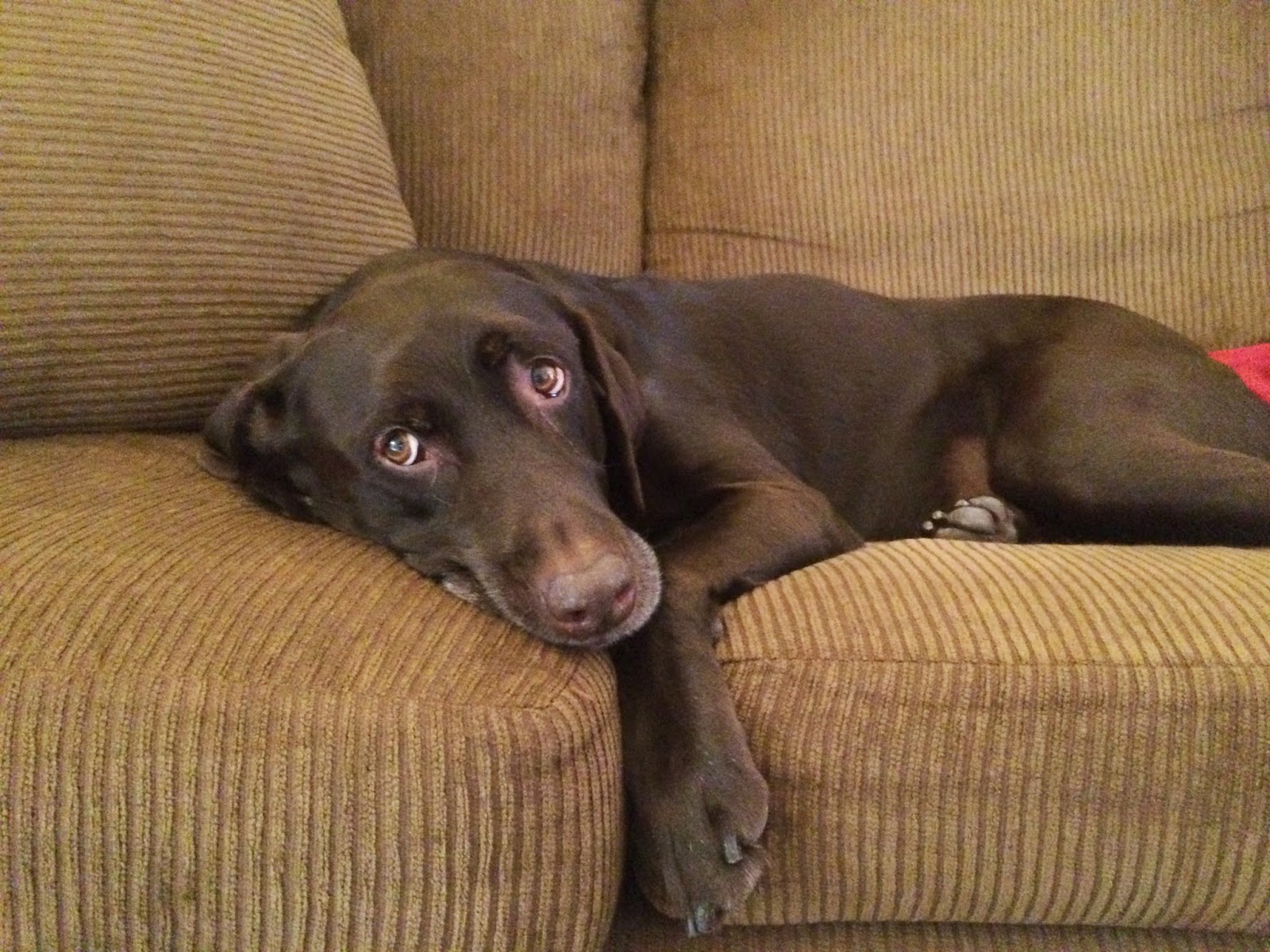 The only downside to this week was our buddy, Jack, had surgery to remove a tumor from his right hip.  It left him with a 3" scar, and quite a bit of pain on Friday night.  But on Saturday he seemed a little more like himself.  We'll find out later this week if the tumor was cancerous.  The vet seemed to think it probably was, but here's hoping for the best.  This guy is the center of our world, and we and can't imagine the thought of anything happening to him.  Hang in there Doug.
... be great today!
Posted by Jim ... 50after40 at 4:54 PM