I felt like I had a really good first week of marathon taper and managed to stay fairly sharp in spite of tweaking my Trapezius Muscle a couple of times, and being limited to the treadmill for most of the runs. Like most of the country this week, we dealt with frigid temperatures and strong winds for most of the week which forces me inside to the treadmill. Of course I really reduced the mileage and rested a little more than usual, but on Tuesday I got in a good abbreviated, and slower than normal speed workout with 800 meter repeats and a mile at marathon pace.  For most of the runs, I kept the mileage slower and at a reduced volume, but tried to throw in some Farleks and light speed here and there.

I typically never mention much about nagging injuries or little nicks here and there.  We all have them as runners, and if I mentioned every time I was dealing with a little tweak or soreness, it's basically all I would write about.  But the big issue I'm dealing with as I write this post is a strained Trapezius Muscle - basically the shoulder blade muscle on the left side of the upper spine.  It affected my run yesterday and it's killing me.  It feels like that pain when you sleep on your pillow the wrong way and then your neck is sore to the point where you can't turn your head either way - you know what I mean?  It's like that, except for right in the middle of my upper shoulder blades, in the left Trap.  I can't look down or to the left side comfortably.  And it hurts every second of the day.  I did it doing overhead shoulder presses, which seems to be a recurring injury with me, so I should probably have it checked out.  But right the pain is non-stop.  I'm sure it will subside by the weekend, but it just irritates me that I made it through my training basically 100% healthy, and now a non-running related workout is providing a huge distraction.  The good news is, it will force me to rest this week.  But other than that, I felt good about how the week went. 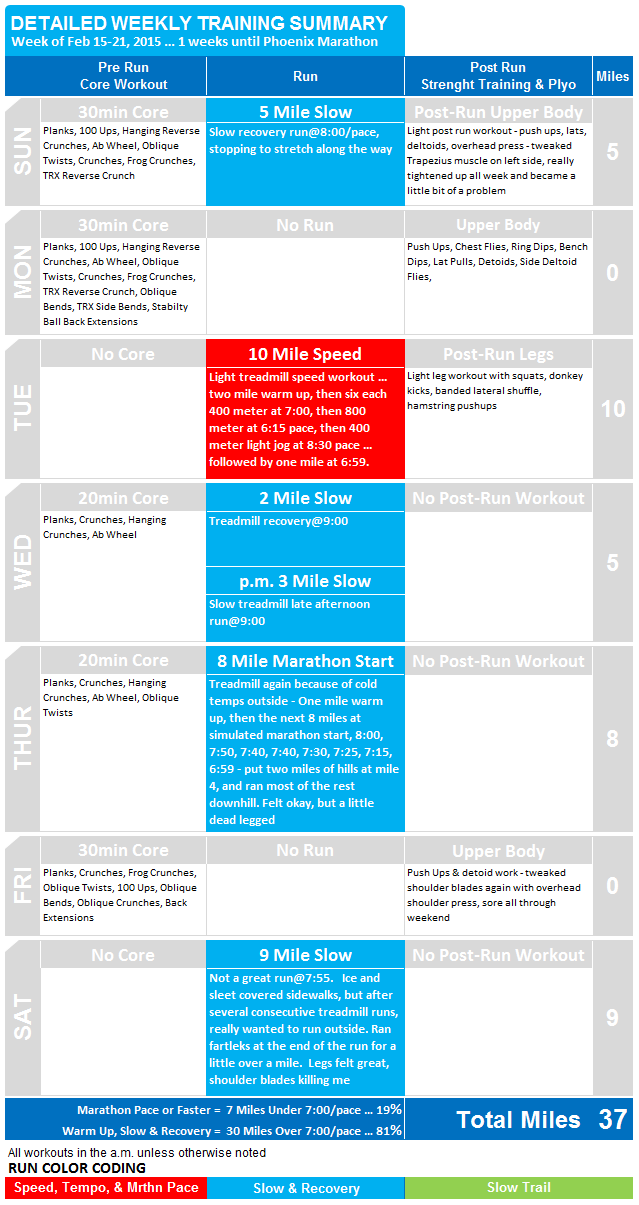