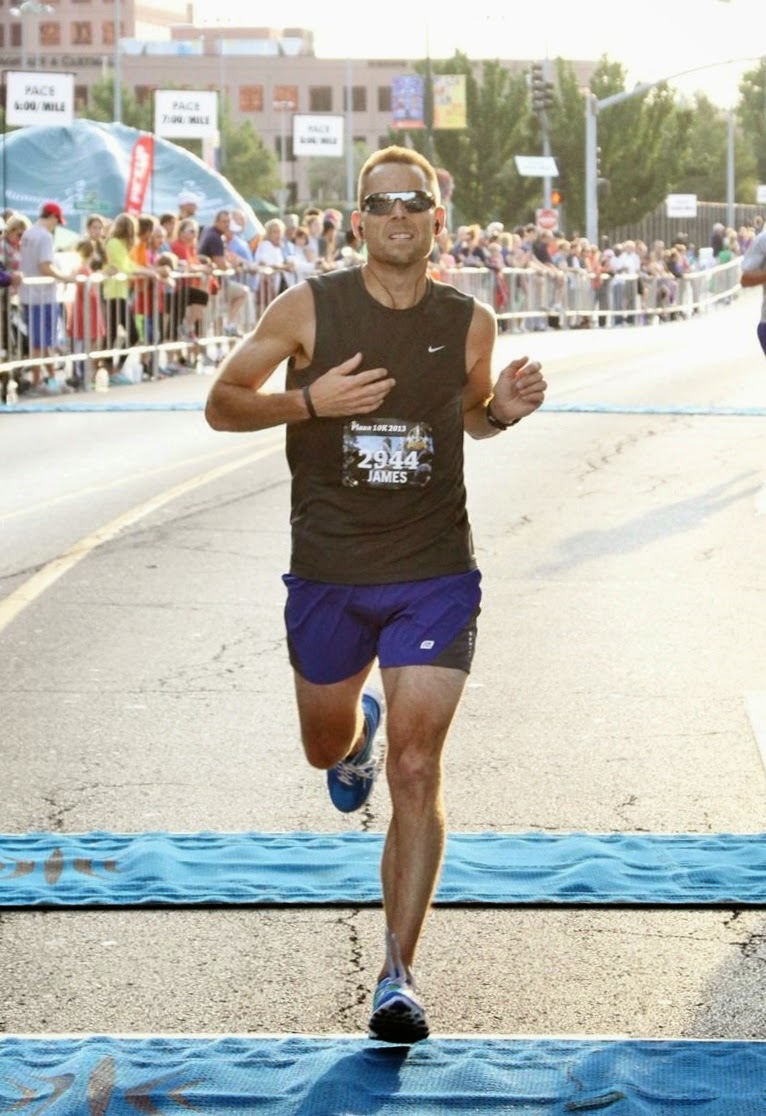 Back when I only ran few miles per week, I would throw on a cotton t-shirt, the longest shorts I could find, a baseball cap, and whatever shoes I was kickin' around in at the time ... and then go huff and puff, stumbling through a city block or two.

The number one objective ... DON'T PASS OUT!  But the the number two objective was at all cost, no matter what ... DO NOT LOOK LIKE A RUNNER!  I mean, those guys were weird.  They all wore bright colored shorts, that basically looked like a wash cloth wrapped around their tiny little waists, with dinky little tank-tops flapping in the breeze that displayed their xylophone looking rib cages.  I wouldn't be caught dead in one of those get-ups.  I was a manly man!  I played baseball!  I was only doing this running thing to lose a little weight and stay in shape.

But after building mileage over the years from a few city blocks to thousands and thousands of footsteps, combined with enough cotton chafing to last a lifetime, I can be found these days with less and less clothing - pretty much in general, but mainly while running. I still haven't made the plunge to 2" inseam split shorts, with race day singlets yet, but I'm getting closer and closer each day.  The shorts have definitely crept higher over time, and usually in the summer months I'm sleeveless ... mainly to show off my massive guns!  Sarcasm.  Actually, my high school basketball coach once said to me, "Cut those loose strings off of your uniform Weatherly ... oh wait, those are your arms!"  Not much has changed since then. My skinny arms are nothing that's gonna scare off too many predators. 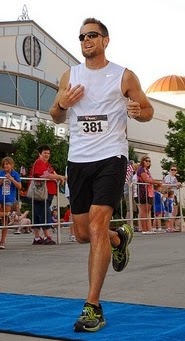 I must admit, as my clothing becomes as minimalist as my shoes, I can still get a little embarrassed on a Saturday training run through the middle of my hometown.  The lack of clothing is no big deal at a race, because there a ton of full grown men who are half dressed in bright bouncy colors.  But I feel pretty naked at times running through my local streets in actual running gear.  Mind you, not as naked as some of the bra and panty female runners I see on occasion ... just chillin' on a leisurely run, right there in what appears to be their skivvies.  I think Michael calls the bottom half of the ensemble "booty shorts", which she doesn't wear.  But when the temperatures warm up, they seem to be more and more common, combined with only a sports bra.  I guess if you're comfortable and can rock that gear ... you go girl!

I haven't devolved to "shirtless guy" yet.  That's not to say that I haven't ran shirtless before, or won't again.  It's just that I don't think anyone wants to see 45 years worth of scrawny bare chest and hairy nipples.  I mean, I don't even like looking at it in the mirror.  But there have been a few times when the temps neared tripled digits that in order to get a run in, I swallowed my pride and bared all ... top half only of course.  Which brings up the topic of a naked 5K, which I would most likely entertain ... but that's another blog post I suppose.

So if you cruise by me in the summer months in Kansas City please don't honk and laugh at my spindly arms.  Rather please focus on my very strong, and very shapely legs.  Not sarcasm.  Yes, I always said I would never dress like this.  But as I become more and more of a "real runner", I probably have no choice.  When in Rome I suppose.  Have a great week and enjoy the warm weather!
... be great today!
Posted by Jim ... 50after40 at 5:33 PM