Drum Roll: And The Marathon Is ... 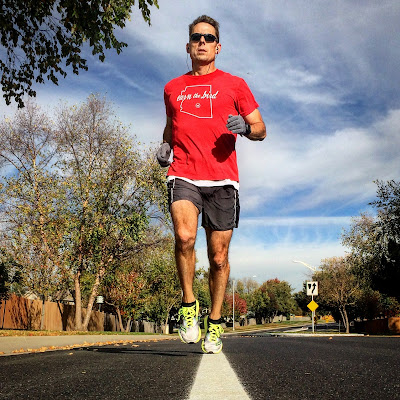 Okay, I've delayed the announcement long enough that literally "ones" of people are waiting for.  Next weekend, Michael and I will be traveling to Fort Benning in Columbus, Georgia to run the ...

A few people sent me emails and thought maybe I was running NYC, Vegas, or Kansas City a few weekends ago.  But it's been the Soldier Marathon all along.  It has received great reviews and benefits House of Heroes and the National Infantry Museum, which we are honored to support.  It's been over a year since I've actually toed the line at a 26.2 and I gotta be honest ... I'm a little nervous.

The last marathon I ran was the Maui Marathon in September of 2015.  It was a great event, although with tough conditions of 85-90 degrees & 88% humidity.  I ran a horrible race going out way too fast and coming the closest to a DNF I've ever had.  I literally didn't know if I was gonna finish and ended up spending about a half hour in the medic tent after the race refusing intravenous fluids and trying not to pass out.

As I look back now, I think that race took a bigger toll on my body than I realized at the time ... and probably more so on my confidence.  It smacked me down pretty hard and reminded me that in spite of all my hyperbolas rants, I'm still very much human.  A few months later, I ended up sicker than I've ever been, and I'm somewhat convinced it was from the effects of the overexertion on my body. Consciously I can still remember how I felt that day ... and based on the way it took my body forever to get back up to speed during training, I think my legs and core remember it too.  I don't ever want to feel that way again.

So what are my goals and how am I gonna do next Saturday?  Well, the primary goal is always simply to finish.  Finishing a marathon is something to be very proud of, regardless of the time.  And if I can cross the finish line, it will be my 33rd marathon completed and the 30th different State.

But you all know me ... I always want to push myself.  So my secondary goal during my training has been to Boston Qualify again.  And while I think I'll probably be close to the sub 3:25 required for my age group, realistically I think I'll probably be closer to 3:30   Most of my training times have been pretty close to where they need to be, and where they used to be ... but something's just not right.  For some reason I don't seem to be as strong through the last miles as I once was ... or at least the way I remember it from almost 18 months ago.  I've always trained faster than I race ... which I know is backwards for most people ... and based on my training times, I should be around 3:10-3:15.  But I can tell you there is no way on earth I'll run that fast.

While BQ'ing for the 8th time is a huge goal for me, and something I'll absolutely shoot for next Saturday, I won't be devastated if I fall short.  I'm just happy to finally be running another marathon.  And hopefully, if everything goes as planned, I can check another State off of my quest for 50 after 40!  Have a great week!
Posted by Jim ... 50after40 at 1:52 PM