What are your motivational thoughts, or words to yourself during a race?  When you hit the wall and wanna quit ... how do you inspire yourself? Do you think about your family?  Your dog? 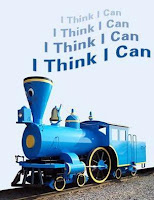 Do you chug like the little engine that could panting, "I think I can, I think I can, I know I can!"?  Do you focus on the medal you'll be adding to your collection?  What is it for you?
Before the Top of Utah Marathon last year, I realized that I had not been running to my potential.  That on all previous race days, I had been average at best, mediocre even.  It's not that I wasn't proud of what I had accomplished in other marathons.  I really do believe that anyone who just takes the first step has already won a huge victory! But I felt like had much more in the tank.  And I knew that if I were to qualify for the Boston Marathon,   I would have to be GREAT... at least once!

But during my training, I soon found out that the task of qualifying would take being "great" every day! It would have to be a mindset ... a way of life.  And I started making some changes, and not just in my running.

For some reason, one morning out of the blue, I started repeating the phrase "Be Great Today!" ... and it just stuck!  On back breaking hills I would spit out those three words, "Be Great Today!"  After exhasuting speed work, I would choke back gravity defying breakfast, and mumble, "Be Great Today!"  And at the biggest race of my life, the words "Be Great Today!" rolled off my lips over and over, like my own little cheering section.  Three hours & twenty minutes later, I qualified for the Boston Marathon. 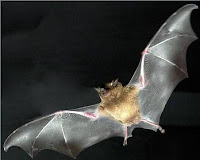 So many life lessons were reinforced while training for this marathon.  It re-grounded me in so many ways.  It wasn't just that I needed to train harder than ever before.  It wasn't simply running a new technique for tempo training or a different long run method.  Heck, it wasn't even the fact that bats circle street lights and dive for your head at 4:30 in the morning.  It had nothing to do with any of that.

I was reminded that we all have greatness inside us.  It's not defined by a race clock or personal best.  And it's not measured by finishing higher in your age group than ever before.  It's simply never giving up.  It's making a difference in the people around you.  A daily pursuit of excellence, whatever that may be.

Maybe it's being a great mother or daughter.  Maybe a better father or son. Or a more encourage friend.  What ever it is, find your greatness and live it to the fullest.  And if it's a love of running like we all share here ... no matter how fast, no matter how far...
Be Great Today!
Posted by Jim ... 50after40 at 4:07 AM